how to win the lottery s3e9 – amygdalatropolis by b.r. yeager 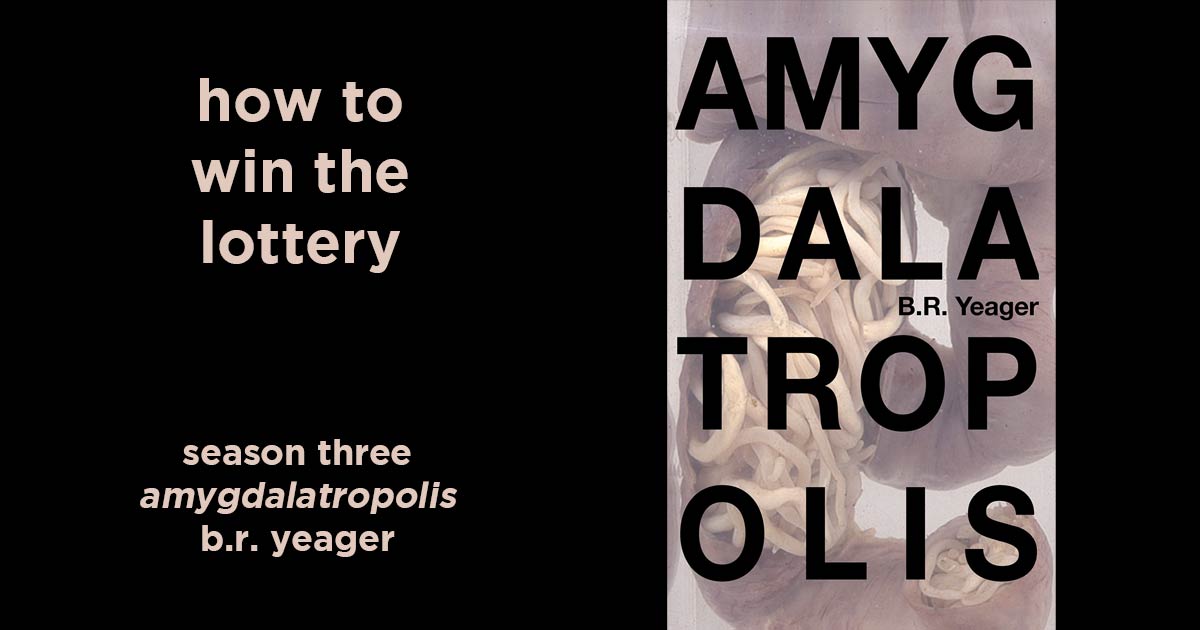 our internet season continues with amygdalatropolis by b.r. yeager, which tackles a topic new to literature. (note: this episode has a content warning.) after stumbling over the title (and what an amygdala does), we talk about the literal structure and style of printing books, the act of (once again) reading the internet in print form, and defining the different worlds explored in the narrative. we discuss amygdalatropolis as a transressive novel, the way it captures an 8chan-esque forum, and the hyperreality it dabbles in toward its end. plus, we try to make sense of edia connole’s academic essay that kicks off the book, and what its placement means to the text. bob enacts a google ban and explains why he may have been included in this narrative. egg mixes up her email sign-off.