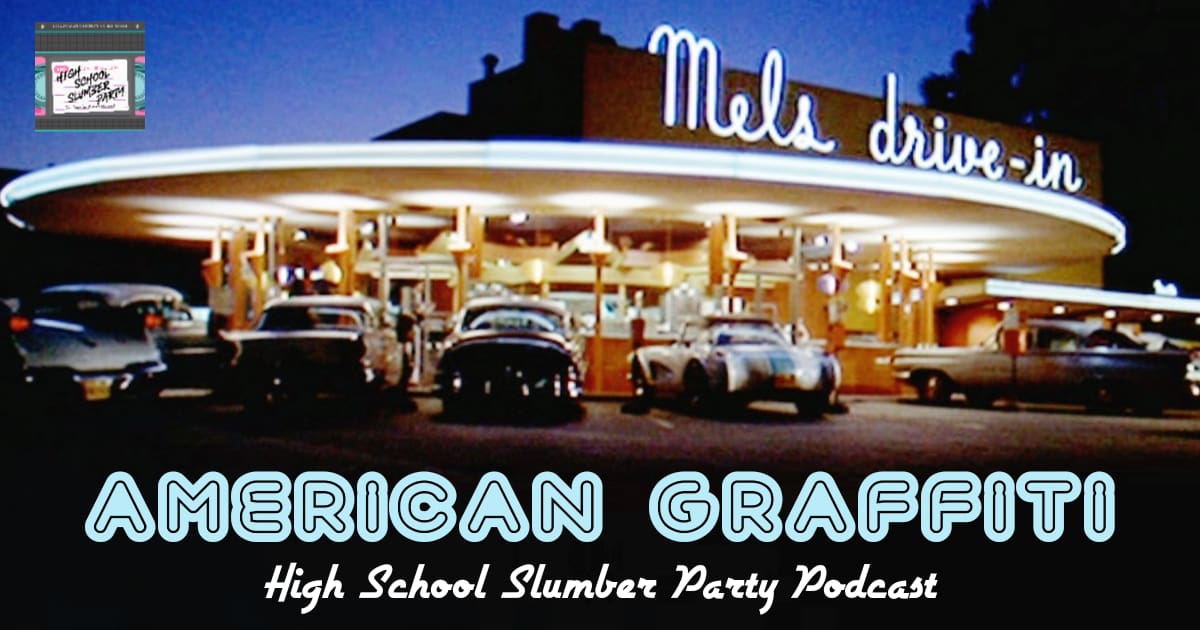 Awooo! Are you ready for a second helping of High School Slumber Party’s take on American Graffiti this Thanksgiving weekend? Brian is joined by returning guests Mike Manzi (#HANX for the Memories) and Chris Podcasts (Now and Again) for Part 2 of our discussion on the film that George Lucas was most known for before Star Wars. Who could forget that final street race, Wolfman Jack, and the blonde in the T-Bird? Also, find out the guys’ final assessment on the film, and learn what other movies they would recommend to watch after American Graffiti. Hint: it’s not More American Graffiti, the less popular sequel.