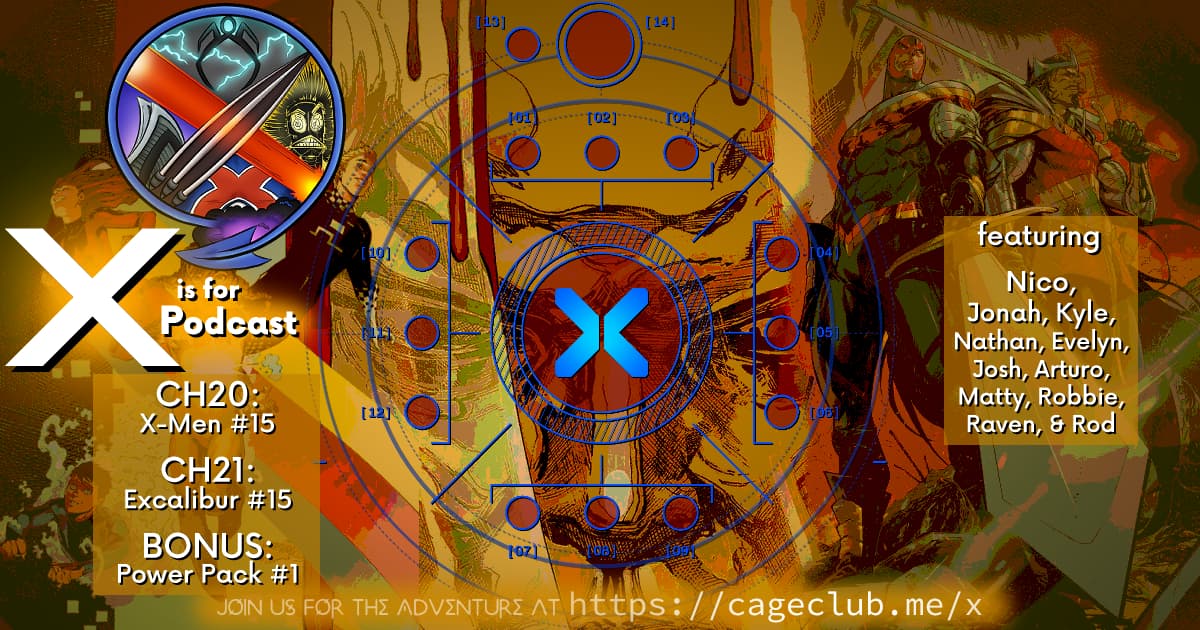 The final act is upon us! This Is X Of Swords finds itself in the midst of a war (and also some Power Pack?)! First up, in X-Men 15, the team discovers what the residents of Krakoa have been up to — with Josh leading a discussion about the politics of Krakoan-living, X-Men-leading, and what it means to grow up (we’re looking atchu Scott)! Next up, in Excalibur 15, we get the recipe for a love spell unlike any other — and Nico can’t seem to stop confusing Maximillion Pegasus with Saturnine (not quite) but Kyle, Nathan, and most notably Jonah can’t stop laughing with/at him — but also, they discuss the redefining of the Captain Britain lore as no longer about a singular male voice echoed through reality and what the new female perspective may mean. And lastly, Rod, Raven, & Robbie crack open the new Power Pack series — initially each with some reservations, as they discuss the title, they come to realize the power the Pack has over them!