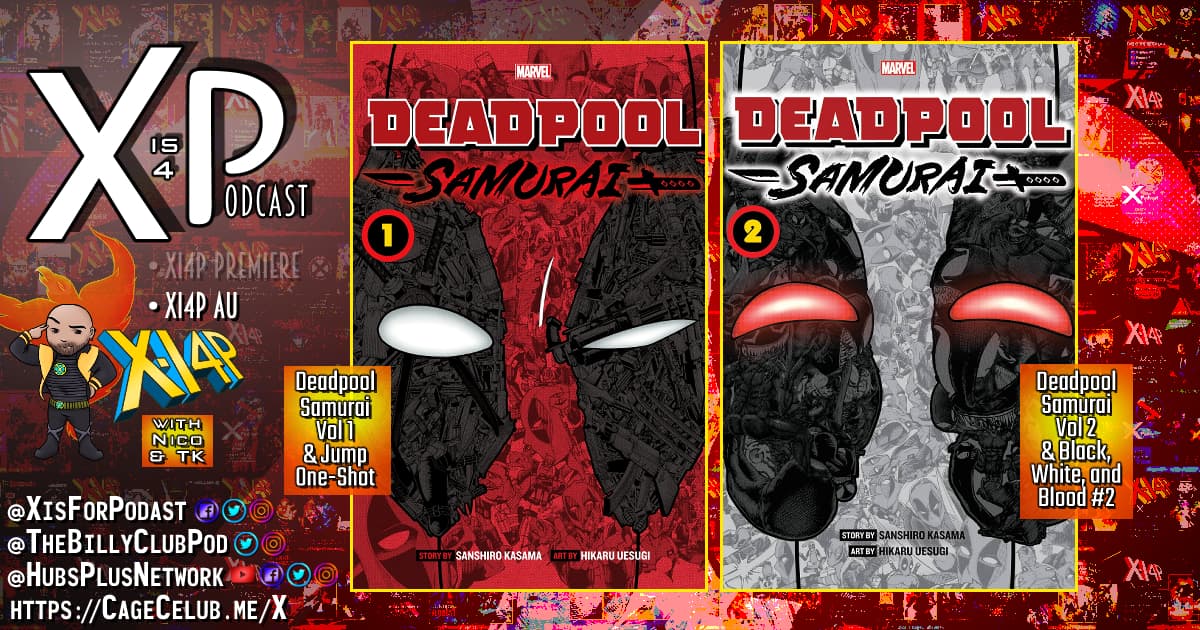 Nico & TK find themselves on a search for all things Spider-Verse which of course brings them to…DEADPOOL!? In a future segment, the team discovers Sakura Spider in the page of Edge Of Spider-Verse, leading the two back to Deadpool Samurai, her origin: a title from Japan that just happened to be the best selling Marvel comic worldwide the year of its release. That title, a collab between Marvel and Jump, is a one of a kind manga experience, and along with the initial one-shot, back-up manga bonus chapters, and even the Deadpool: Black White & Blood story, Deadpool Samurai Version, featuring the manga version of the character (with Sakura Spider herself) by the same creators! It’s all this and more on an all new X Is For Podcast — we hope you survive the experience!