A Spider-Verse Look At Secret Wars 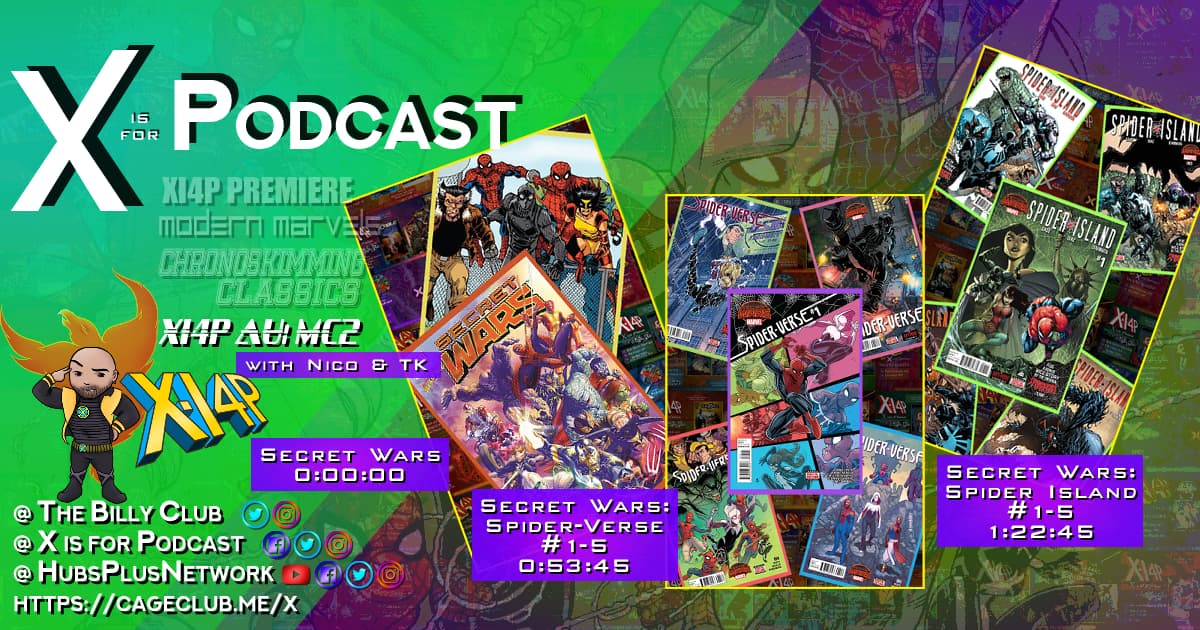 In Marvel Universe designation 000001, there’s a family with an unusual predilection for hunting and eating spiders. Not Spiders so much Spider-People. But most particularly, it would seem, they like to eat Peter Parkers. And you thought we were done with them? We are, this event has nothing to do with them – it’s just called Spider-Verse. The team kicks things off with an indepth look at Secret Wars, focusing on the MC2 side of things, plus a little bit of that Rina magic which manages to appear in part thanks to Secret Wars (0:00:00). Then, Nico & TK look at the Secret Wars entries for Spider-Verse & the back-up stories to Spider Island, the latter of which contains the (so far) final Tom DeFalco Spider-Woman story (0:5345 & 1:22:45)! Strap back in for a look at the fate of the Marvel Multiverse in Spider-Verse on an all new AU:MC2 on XI4P – we hope you survive the experience!