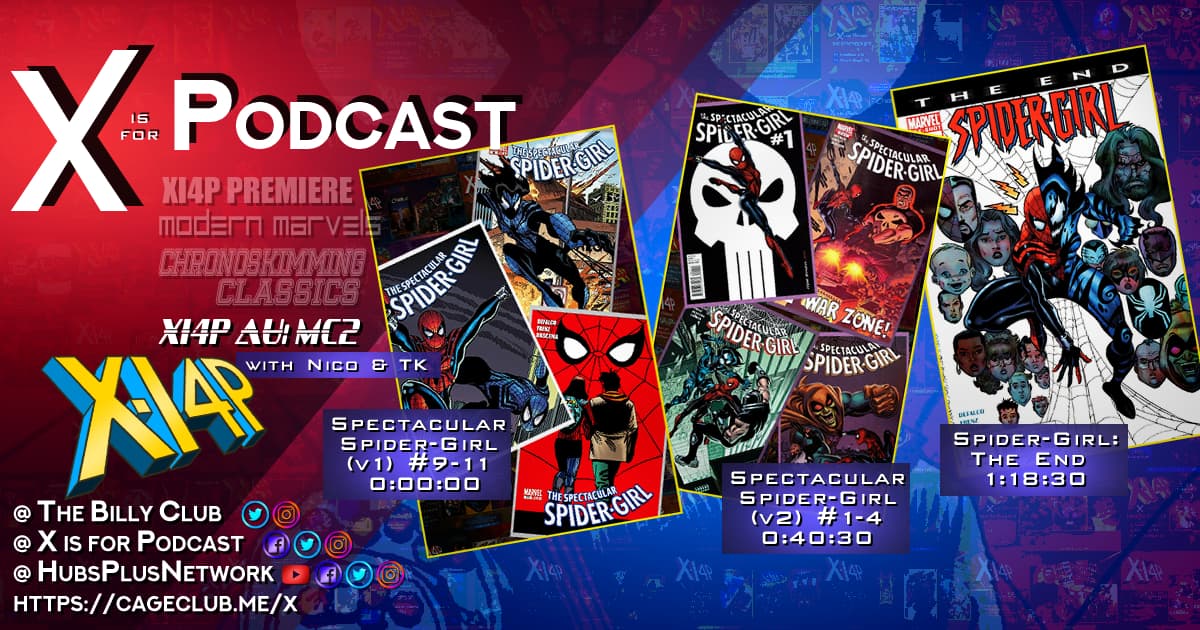 This project began 222 issues ago. Nico and TK wanted to take a look at the MC2 to understand how such a promising line lost steam quickly in the larger perspective of comics but would go on in some form to be published for over 20 years. The journey took them from Spider-Girl and the initial line of J2 & A-Next to Fantastic Five and Wild Thing before coming to a sudden stop with Darkdevil and The Buzz. Spider-Girl lasted years by herself before the Last Standing double-header revitalized the line into an Amazing place with the return of Avengers Next & Fantastic Five, plus an American Dream mini. Now, the Spectacular era comes to an end – twice – before it is truly THE END for Spider-Girl. Kick things off with Spectacular Spider-Girl volume one’s abrupt conclusions (0:00:00) before turning things over to the short-lived second era of Spectacular with the mini-series adaptation of what was clearly intended to be the final run of digital comics (0:40:30). Lastly, join the team as they almost say goodbye to Spider-Girl with Spider-Girl: The End, a tragic finale for Mayhem but a possibly promising new beginning for May Day (1:18:30) as the team begins to plan MC2.5, a look at all the relevant and connected stories from the 616 and beyond that bring it all back to 982. Strap in for one last trip to Earth 982 on an all new AU:MC2 on XI4P – we hope you survive the experience!