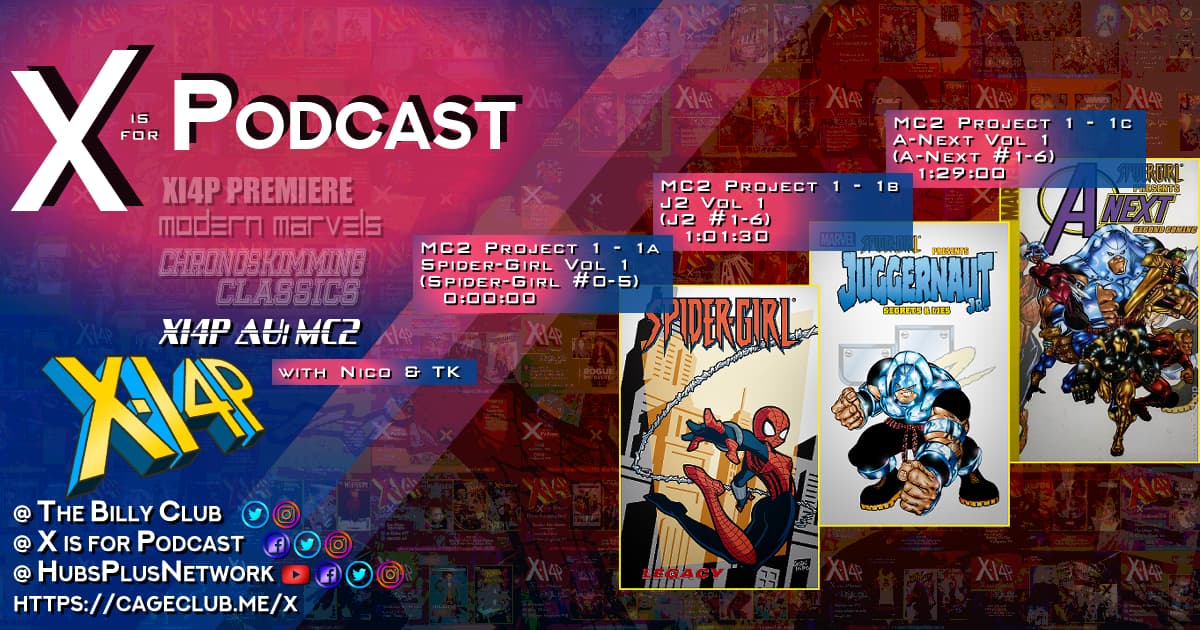 It’s the first ever XI4P AU! After last episode’s backdoor pilot for MC2 where Nico and TK took a holistic look at the universe, jump into the first volumes of each of the major titles that kick of the MC2. Start things off with the story that began everything – What If #105 reprinted as Spider-Girl #0, followed by May Day’s first proper arc! She swings, she slings, she…is feeling loose and slamming heat? (0:00:00) Explore the earliest adventures of Spider-Girl and meet her high school companions before taking a look at the shorter lived titles of the kick off – J2 & A-Next! First up, J2 – the good guy son of a future-reformed The Juggernaut, X-Men longtime antagonist/protagonist – is the muscle-transformation-size-change sort of story that could only come out of the 90s that has more heart than almost any title but suffers from a lack of focus. (1:01:30) Then, wrap things up with the first episode arc of A-Next, the next generation of Avengers featuring Stinger, J2, Thunderstrike, American Dream, and more of the longest running heroes of the MC2, even if their title isn’t! (1:29:00) All this and more from the new format of XI4P – we hope you survive the experience!