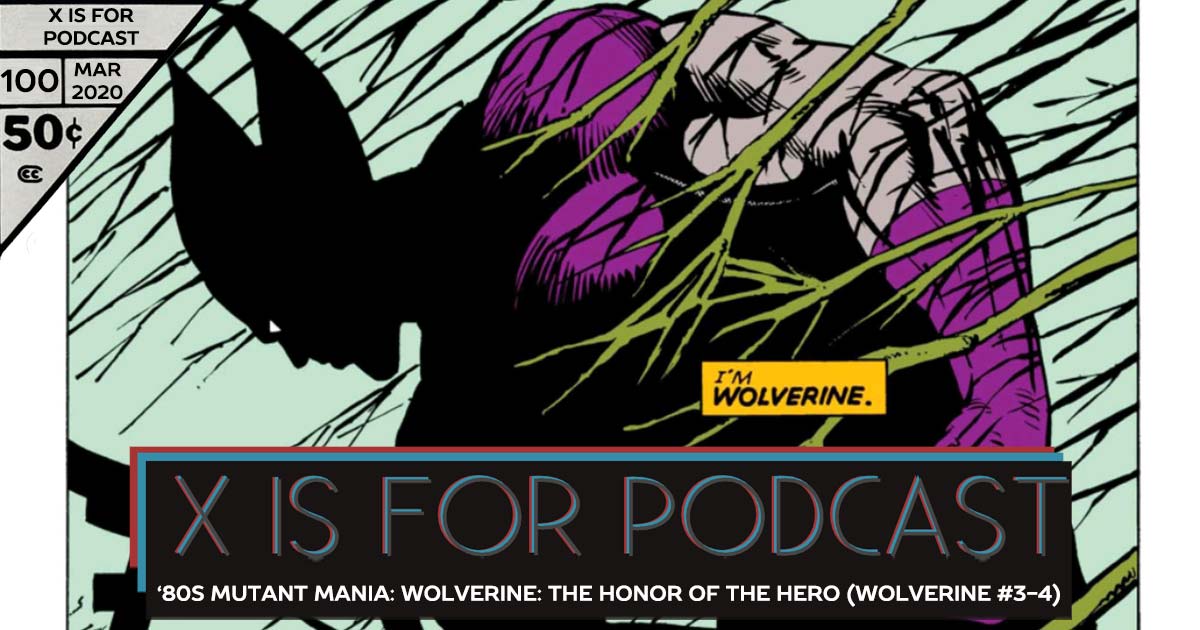 In 1982, two comic powerhouses at the top of their respective games came together to tell a story that would take a successful character from popular-within-comic-circles to one of the most ubiquitous characters in the history of fictional heroes. The X is for Podcast guys deep dive into not just this legendary miniseries, but the Wolverine character as a whole. Nico and Jonah, a couple of sniktofiles (or sniktophiles; really, it depends on the artist) start armed for bear with Dylan, a longtime Logan-critic. However, this is no regular miniseries. In the final part of our deep dive into the myth of Logan, the X is for Podcast guys read with excitement and discuss Yukio’s thirst for vengeance, Shingen’s lust for control, and Logan’s drive for honor. Read along with Wolverine (1982) #3-4.