COUNTDOWN TO THE HELLFIRE GALA — Way Of X, Wolverine, & The Runaways! 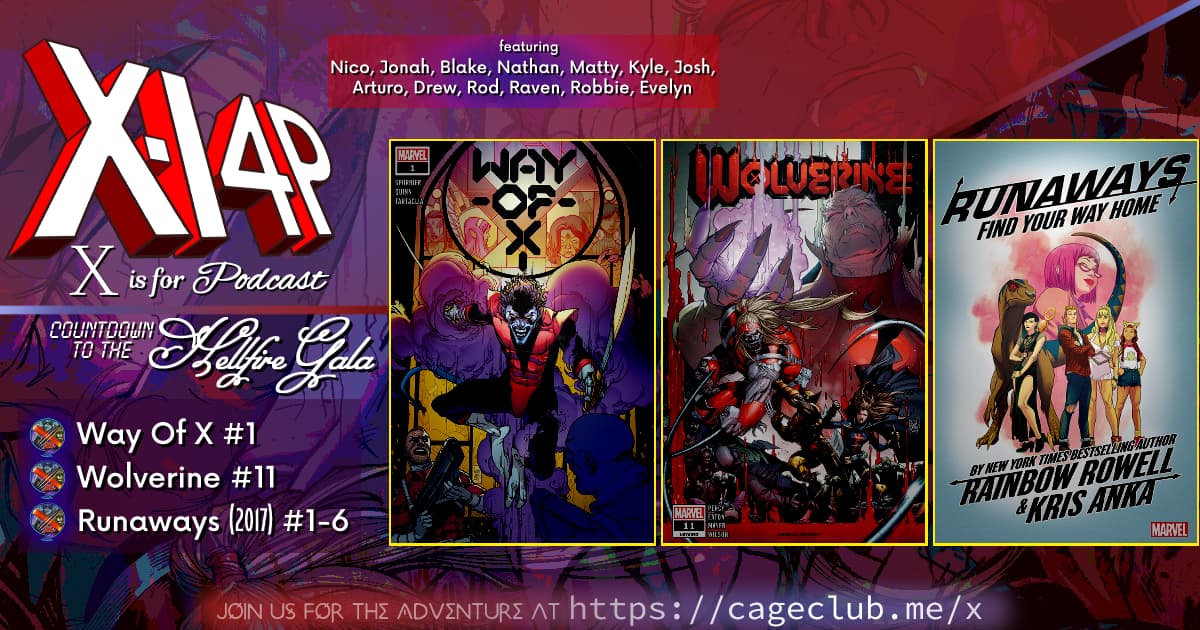 The X-Pack are back at it again with the mutants from every corner of the world! First up, journey to Krakoa to see some familiar faces as multiple rooms weigh on the stunning debut of Way Of X by Si Spurrier & Bob Quinn! The issue covers character, status quo, and the mysteries of the HOXPOX B’gosh era, all while delivering the one-of-a-kind weirdness that we’ve come to expect from X-Vet Spurrier (Legion, X-Force, X-Club)! Then, turn to Russia, Canada, & vampire…land? as Wolverine, under Ben Percy, continues the Omega Red story, leading the group to some predictions already revealed to come true since recording! Then, join as Evelyn reunites with her roommates Rod, Raven, Robbie to take a look at one of the most significant coming-of-age titles Marvel’s ever published with the debut arc of Rowell & Anka’s turn on Runaways!