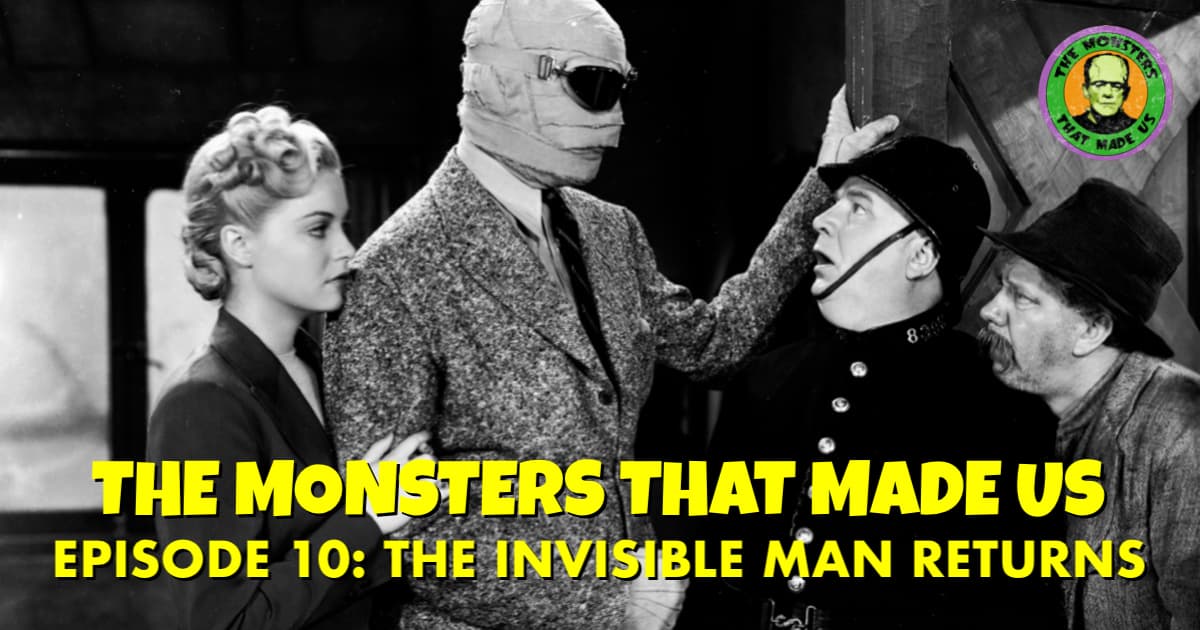 It’s a race against time as Sir Geoffrey Radcliffe, wrongfully convicted of his brother’s murder, turns himself invisible to escape the noose, and hunt down his brother’s killer before the invisibility serum drives him raving mad! Join “The Invisible Dan” and “Monster Mike” as they discuss 1940’s The Invisible Man Returns, starring horror icon Vincent Price in his first horror role! They discuss the incredible advancements in John P. Fulton’s special effects, Universal horror’s shift to film noir, and how The Invisible Man Returns may have influenced a little film called Star Wars!