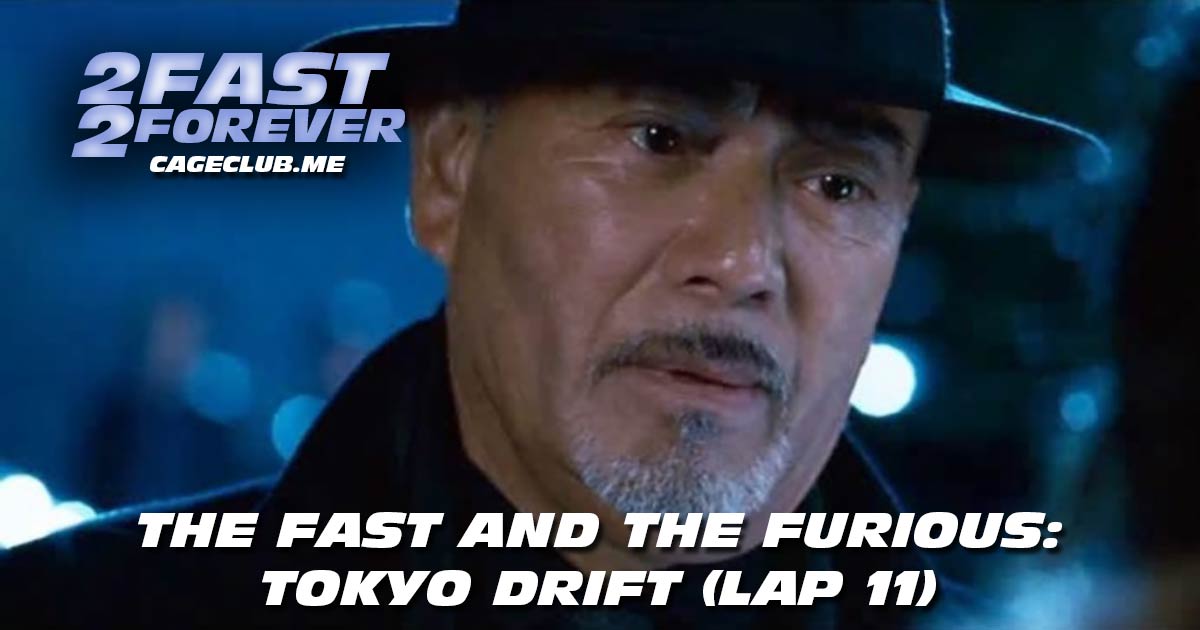 We’re talking about Tokyo Drift (and just about every other movie and every actor and director) with Alex Jacobs! After a quick reminder to vote on the 2 Fast 2 Forever Hall of Fame (cageclub.me/bracket), we open mail that lets us know we get cars wrong a lot before running into a traffic jam on a boat in the 2 Fast 2 Furious Minute (20:55).

Then, Alex joins us to talk about Tokyo Drift, his favorite Fast and Furious movie (36:35). He talks about crafting the Drift Date sleepwave for Racer Trash, his main issue with where the franchise has gone (and the way to fix it), and a new plan to spread the Teriyaki Boyz gospel. We also talk about whether or not Fast & Furious is still an “underdog” at the box office, F&F inclusions in Racer Trash films, and an abundance of nail-based metaphors in Tokyo Drift. There’s an exciting twist in the character game!

List of non-F&F things we talk about (because there are a lot): Justin Lin’s Annapolis, JJ Abrams in pitch meetings, Star Trek, the Twilight franchise, Are You Afraid of the Dark?, Two-Lane Blacktop, Sunshine, Alex Garland, Jessie Buckley, David Cronenberg and Kristen Stewart and Robert Pattinson, Lightyear (for some reason), Watcher and V/H/S/94 and Chloe Okuno, terrible Blu-ray menus on Universal discs, and 90s point-and-click computer games.