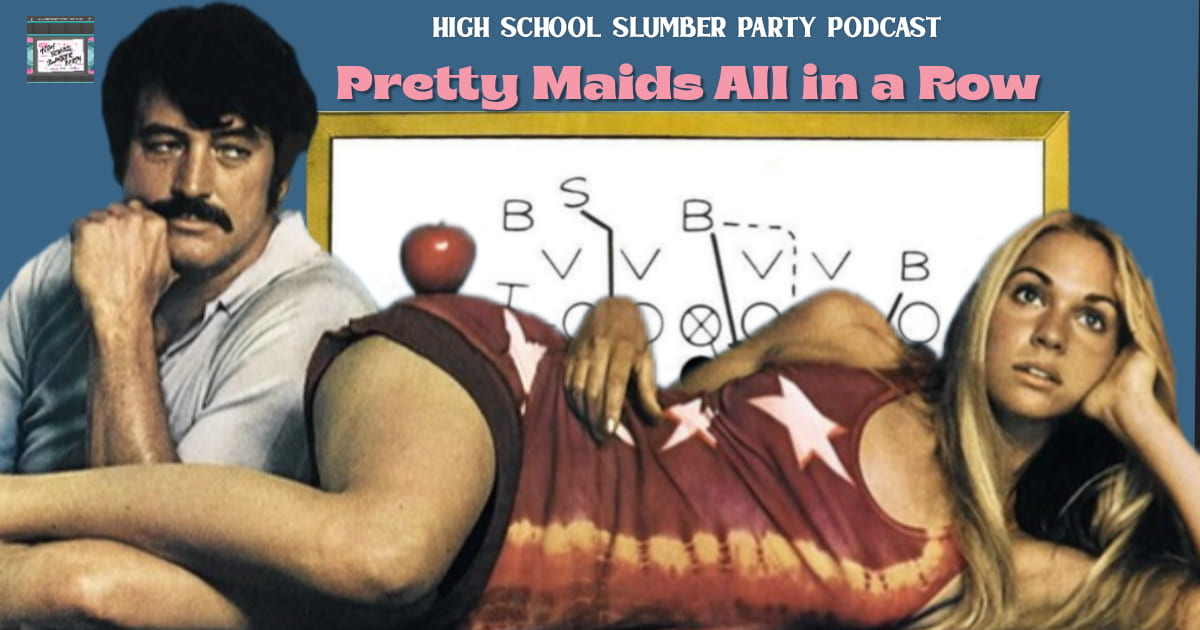 Imagine a film written and produced by Star Trek creator Gene Roddenberry and directed by Barbarella director Roger Vadim. Now imagine this film stars Rock Hudson as a married playboy Vice Principal/Guidance Counselor/Football coach, Telly Savalas doing his best Kojak impression a couple of years before Kojak, Roddy McDowall and Angie Dickinson. Thanks to guest Galen Howard, we’re talking all about this outrageous film; Pretty Maids All in a Row. Despite having an 8% critical score on Rotten Tomatoes, this sex romp murder comedy (?) was called one the greatest films of all time by some director named Quentin Tarantino. Listen and find out why!