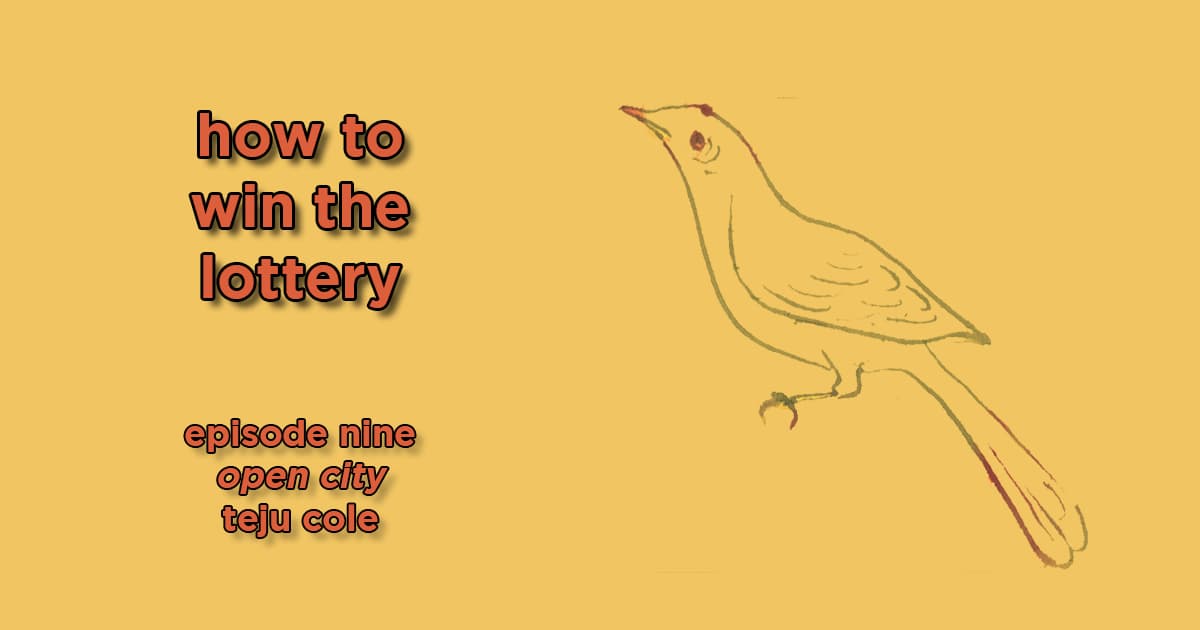 we’re nearing the end of the first season of the podcast, and with open city by teju cole, we’ve reached out first real widespread difference of opinion. open city was a polarizing book when bob taught it in his classes, and it leads to a discussion here around the influences of guy debord, the anti-identity of the protagonist, the discrepancy on display between high and low culture, and what a movie adaptation of this book would look like if it starred mr. bean. we then call the honorable judge matt erdely for his ruling on the cover before joey has to defend himself against the mounting pressures of being replaced on the show.