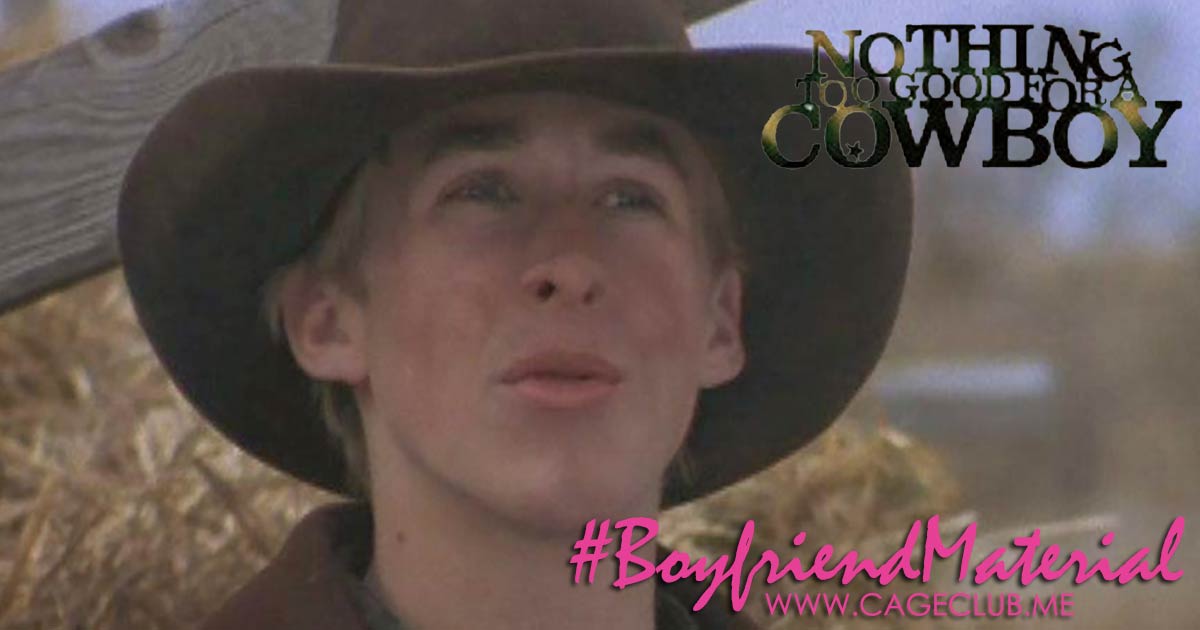 Nothing Too Good for a Cowboy isn’t Ryan Gosling’s worst movie, but it’s certainly one of his most uneventful. When we tore through Zac Efron’s early work on #ZacAttack, we reveled in finding madness in his early movies. While we’ve found some of those gems in Gosling’s early movies, this one grinded us to a nearly screeching halt. The most surprising thing about Nothing Too Good for a Cowboy is the creative team that put this together… or maybe it’s the fact that this movie became a TV show that ran for 26 episodes over two years, and neither of us had heard of it… or maybe that’s it’s a western set in the in-between era of 1939-1945, where westerns don’t normally exist, and which should make it feel unique, but it only makes it feel a bit too modern… or maybe it’s…