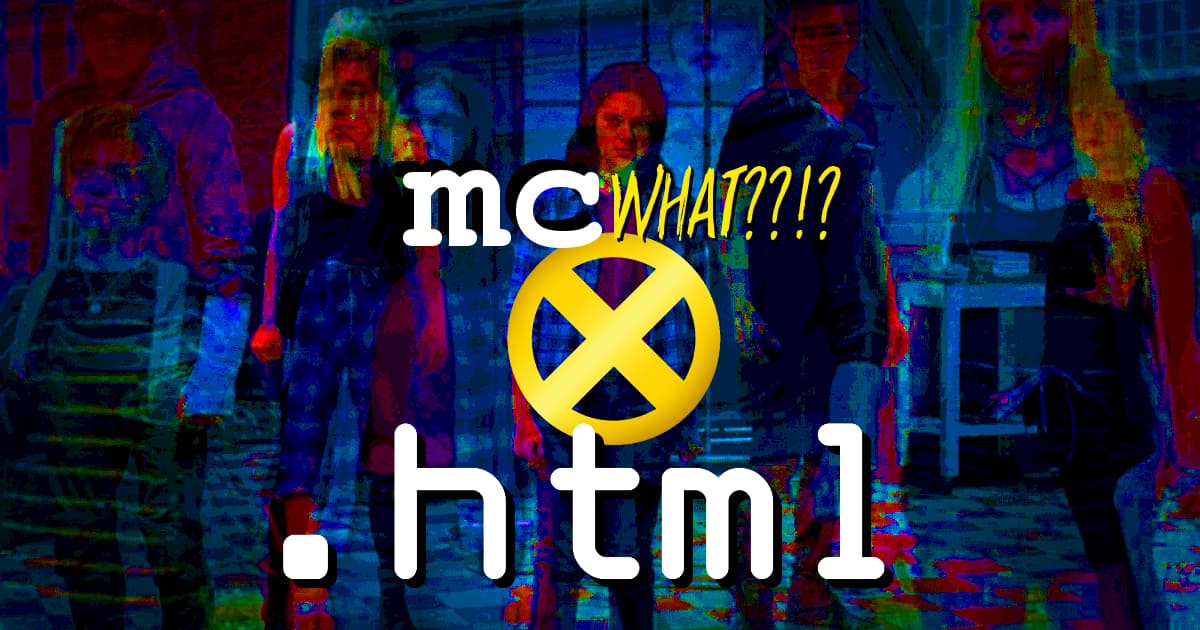 The .html guys have been teasing Star Wars forever, and they really wanted to release the first Star Wars episode today, but then… MARVEL RELEASED A NEW MUTANTS TRAILER! The film has been restored to Josh Boone’s original vision, reportedly sans reshoots. Nico and Kevo immediately dive into the two trailers and discuss what little information is known about Marvel’s first mutant horror film, the possible future of the franchise, and (of course) a little bit of comic book history fans will recognize from X is for Podcast… but no! It’s an all-new starwarslegacy.html! Wait, no! It’s newmutantslegacy.html!