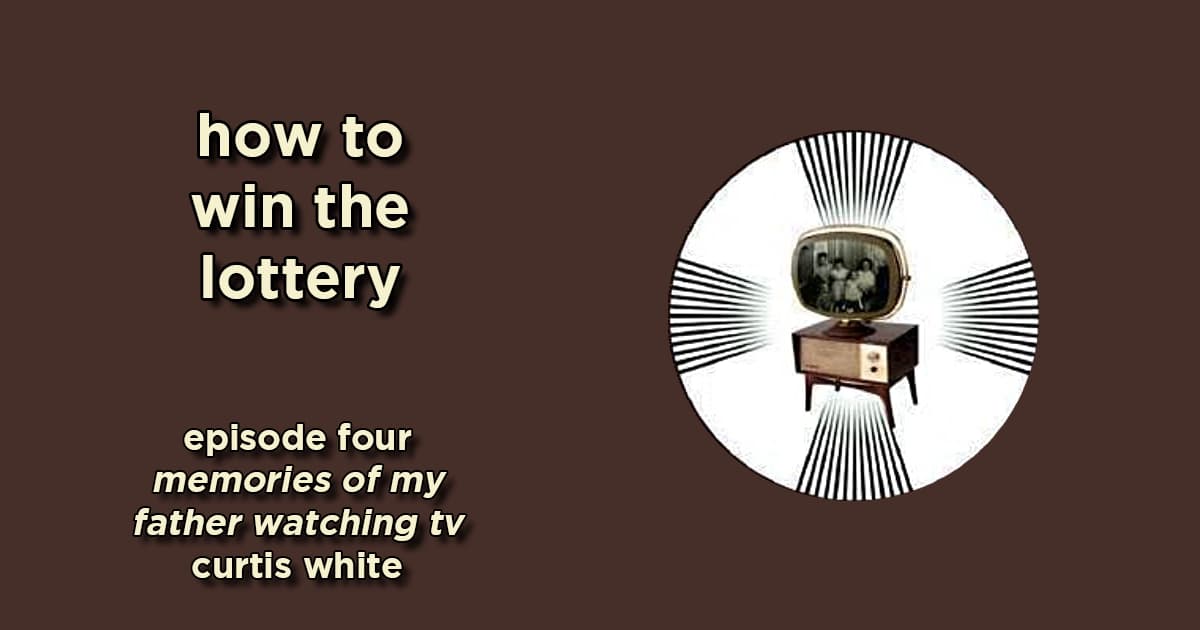 it’s time to remember back to your childhood (sitting behind your dad, flipping marshmallows into your mouth) because our latest book club entry is memories of my father watching tv by curtis white. in this episode, we disagree about stick figure art, then discuss the ways curtis white dissects 1950s television shows and the 1950s nuclear family (and seems to predict the wave of referential media that would follow the publication of this book). we also talk about the way curtis white blends the surreal, the mundane, and the uncomfortable in both memories of my father watching tv and requiem and why describing work like this as “experimental” may be an unintentional dig. then, bob says “i don’t know” before rattling off the smartest thing either of us says in the episode. stay tuned for the inaugural segment of “judge a book by its cover” featuring the honorable judge matt erdely, a new game, a return to the mailbag, and a virtual walkthrough of our renovated patreon space.