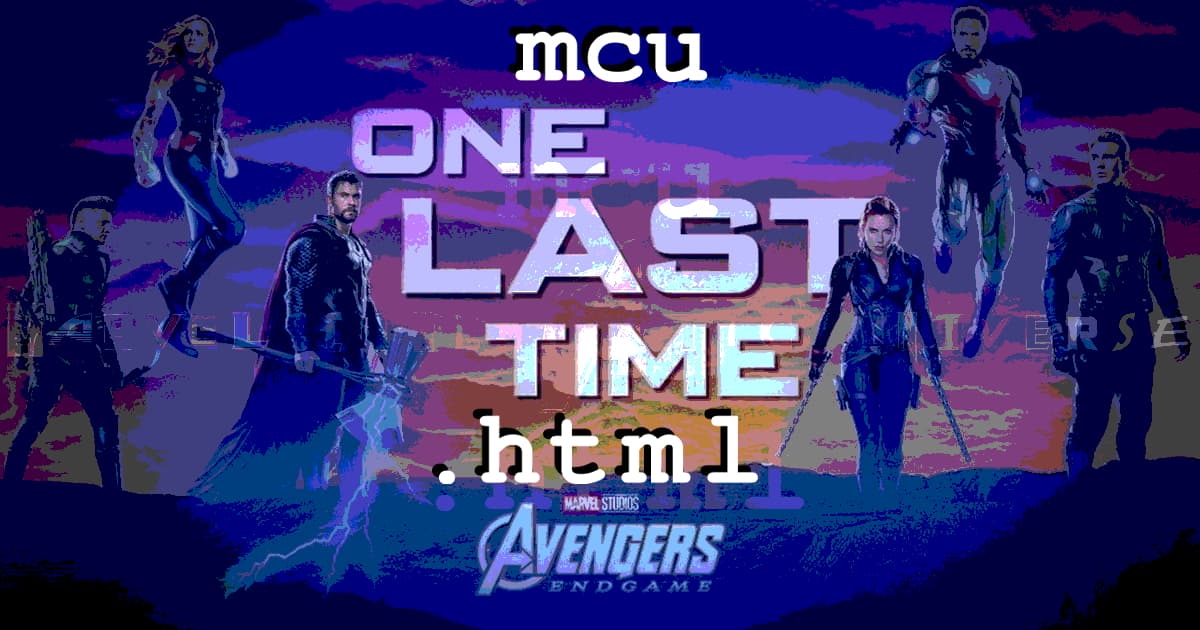 The .html guys return to their roots with the MCU Reassembled! The final phase of the first phase of the review of the first three phases of the MCU sees itself phase out with a look back on the final two films of the franchise: Avengers: Endgame (a film so long, it needed a coda starring people who were barely in it) and Spider-Man: Far From Home (the aforementioned coda!). The films represent the MCU transitioning from a body of work referencing another body of work to a body of work so big that it has the ability to be overtly and overly self-referential, which is quite a feat. Listen as Nico and Kevo dissect, diagram, devour, and delight in the final two films of the MCU’s Iron Man Era as they get ready for whatever it is we’ll MCU next!