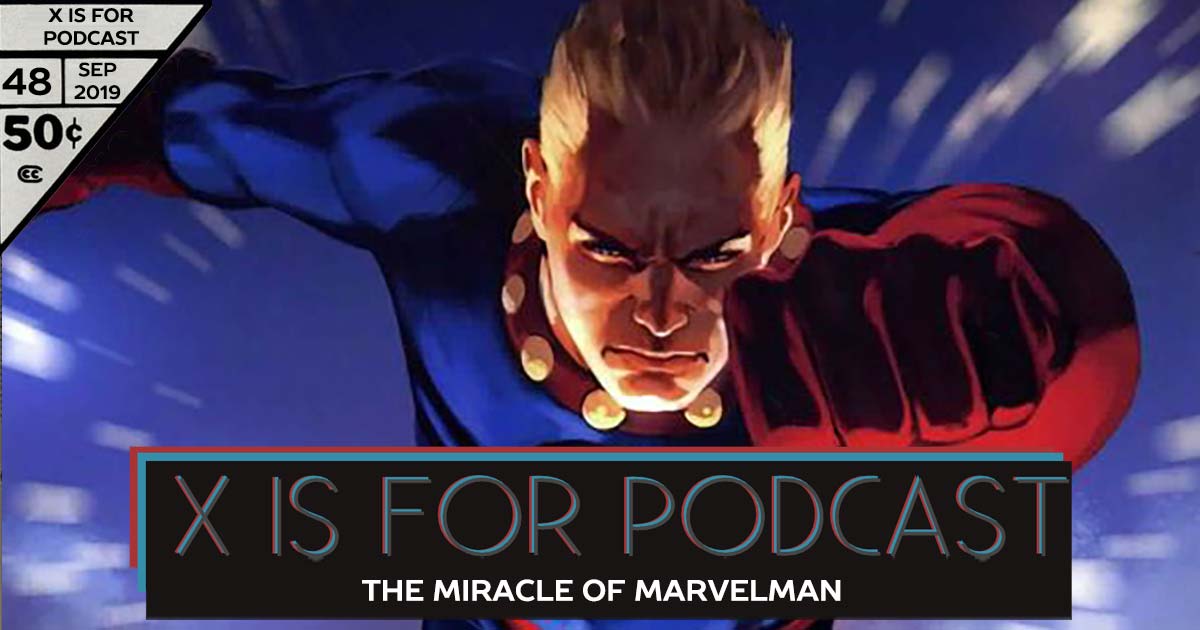 Marvelman. Miracleman. Micky Moran. Three men who are all the same, with a complicated history spanning creators, continents, and the courts. Marvelman, as the character was known before he was revived as Miracleman under the pen of [THE ORIGINAL WRITER], spent years supporting multiple titles as part of the Marvelman family in all their Golden Age glory. Creative teams and vague connections will ultimately tie this run to that of [THE ORIGINAL WRITER]’s run on Captain Britain, and so Nico and Kevo journey to Britain in the 1950s to join Marvelman, Young Marvelman, Kid Marvelman, Gargunza, Young Nastyman (wow, these names are awful), and more in The Miracle of Marvelman: An X is for Podcast Special! READ ALONG with Marvelman: Family’s Finest #1-3, Marvelman Primer.