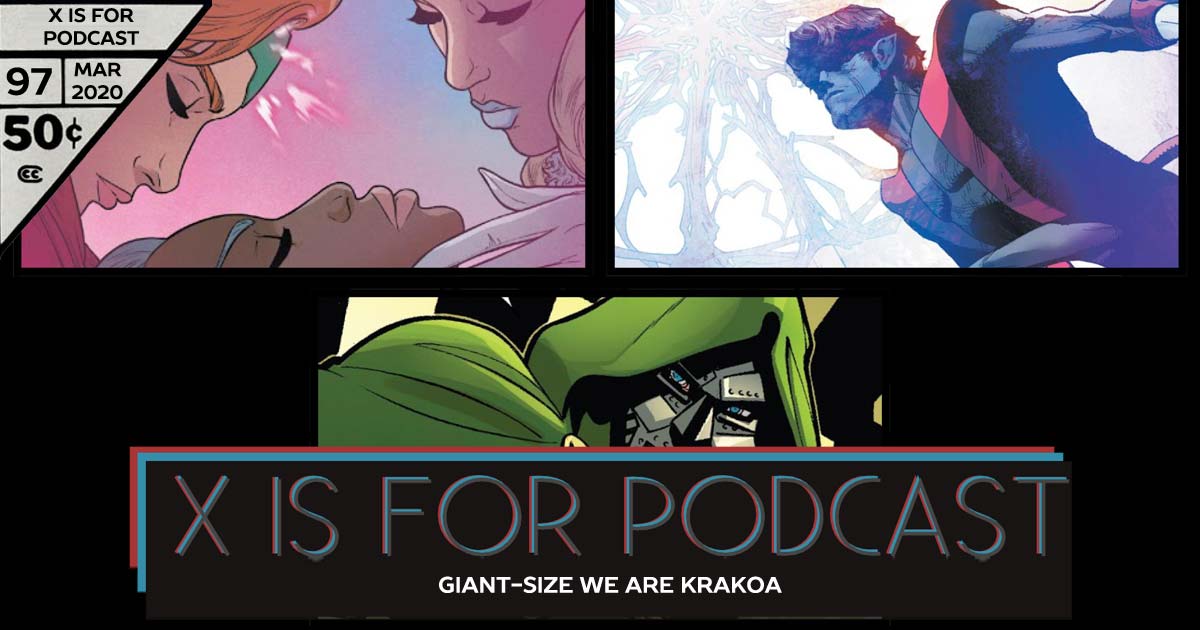 The X-Books were rocked by five major releases this week, but none were as important as the two flagship titles by Jonathan Hickman. Whether it was the giant-size tribute to Grant Morrison and Frank Quietly’s New X-Men 121 or the unforgettable crucible of this new Lifedeath, this week changed the X-Men… including the faith of one of the X-Men. The team sits down to discuss the news about X of Swords before taking on the topic of Nightcrawler’s faith in an emotional segment from each of the regular contributors. The team then delves into the rest of the books, such as Logan and Scott’s implicit bisexuality and how amazing Storm looks as a cat. The team even makes a stop in the less than well received X-Men/Fantastic Four crossover. Plus, all March long, keep an ear out for members of the House of X appearing on the show as part of our giant-size celebration. Check out an all-new We Are Krakoa with hosts Jonah, Kyle, Dylan, Regina, and Nico! Read along with X-Men 7, Giant-Size X-Men: Jean Grey and Emma Frost, and X-Men/Fantastic Four 2.