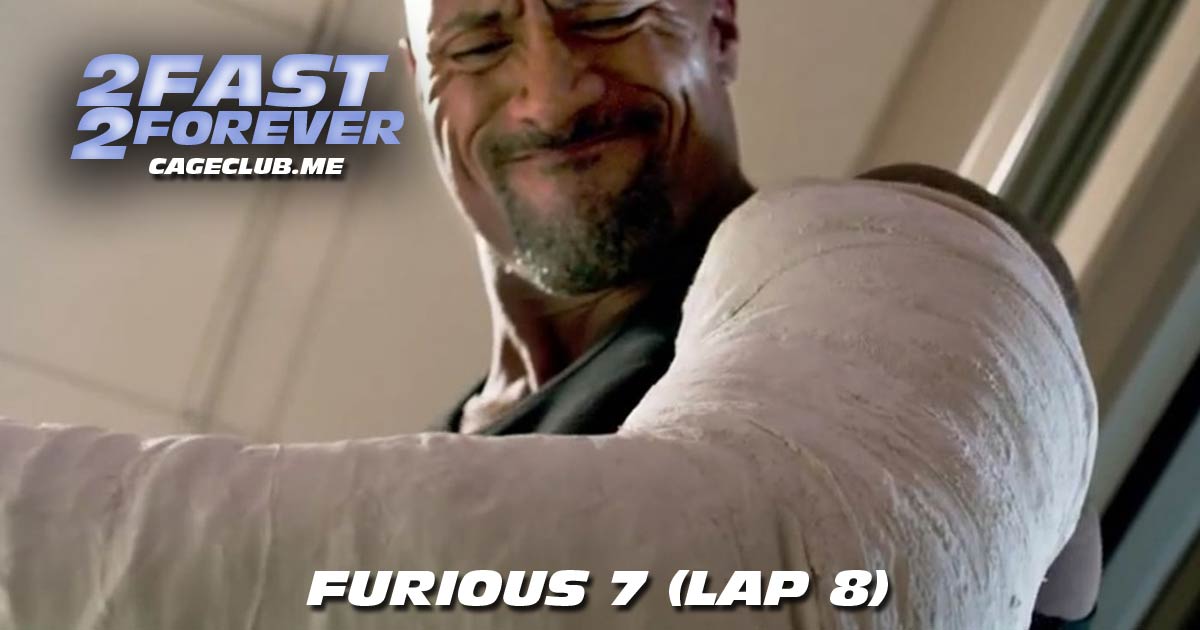 We’re burning down hospitals and flexing off arm casts as we seek vengeance with Heather Antos as we talk about Furious 7! Before she joins us, we catch up on extracurricular activities and two episodes of Young Rock, and we break down the fourth minute of 2 Fast 2 Furious and try to decipher the role rappers (and actors, and rappers who act) play in the Fastiverse (and whether or not there’s some kind of witness protection program in play). Then, Heather joins us with some stunning revelations about Furious 7. We debate whether or not Mose Jakande ever had a bigger role in this movie, whether Deckard would have stolen God’s Eye himself, and whether there will ever be anything cooler than The Rock flexing out of an arm cast. Then, Joe has problems with the alphabet. (Movie conversation begins around 46:40.)