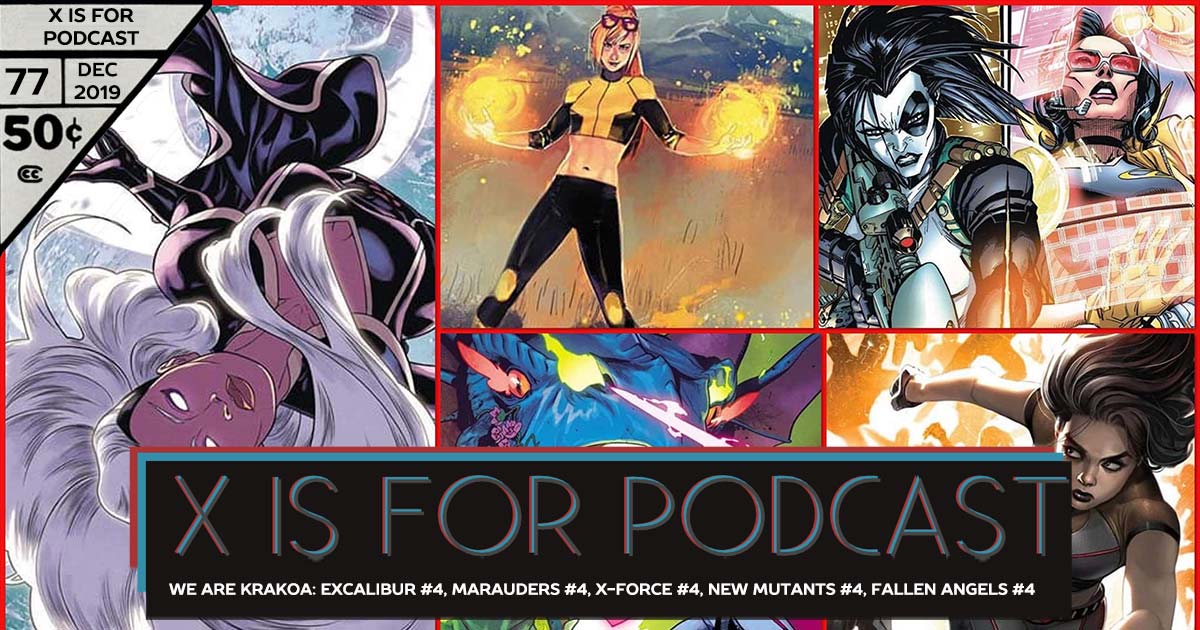 It’s been a REALLY weird year for the X-Men. Uncanny X-Men relaunched and ran 10 straight issues. Then it became Age of X-Man, which sorta went nowhere really? And while most of the X-Men were off X-Men-ing in Age of X-Man, Uncanny X-Men became Cyclops and Wolverine watching everyone die, murdering the rest, and trying really hard to repress their erections for one another. Then came Hickman, and — suddenly — X-Men was one book a week. Now, in one of the final weeks of the shipping year, the X-Men will see release from every title, save for Hickman’s own flagship X-Men. Join Nico, Jonah, Dylan, and Kyle as they take a look at the fourth installment of the Dawn of X and prepare for the major event: INCOMING! Also, the team takes down Big Ink. Read along with Excalibur #4, Marauders #4, X-Force #4, New Mutants #4, and Fallen Angels #4.