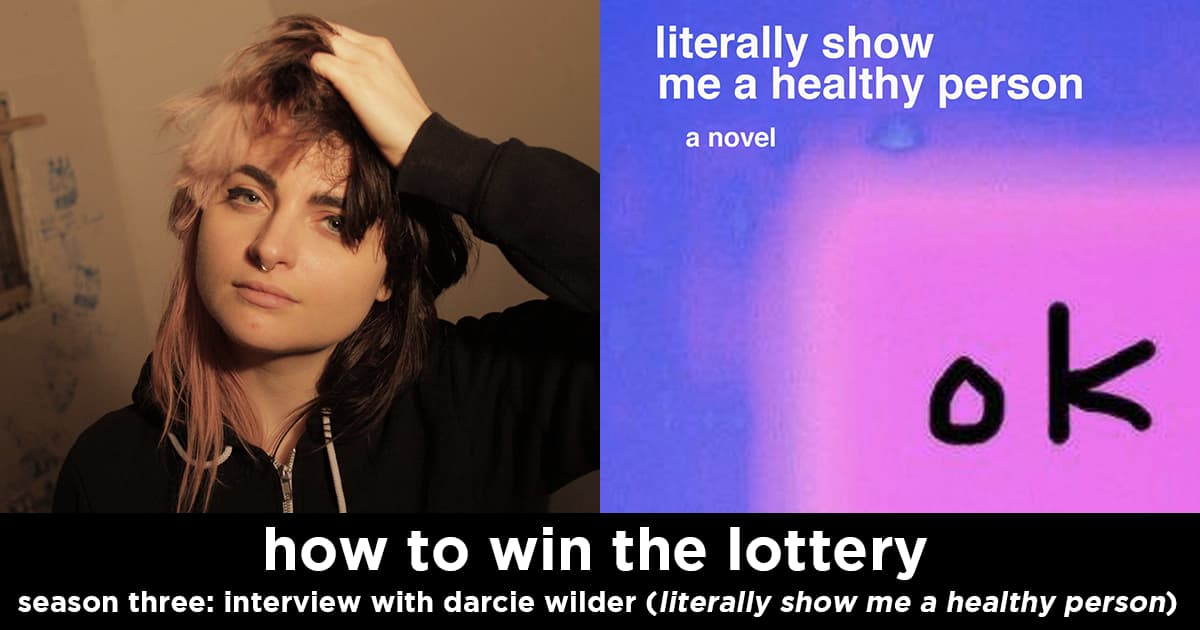 literally show me a healthy person by darcie wilder is one of our favorite books this season, and today we’re talking to darcie all about it (and a whole lot more). after calling for ducks, newburyport in every port, we talk about darcie’s process to writing, how film school informed her structure, and how rad harmony korine is. darcie’s dog coco stops by as we talk about skunks and armadillos and then praise diners. darcie talks about separating truth from fiction in the writing and what it was like to record the audiobook before outing her self as a fan of the pod (and the books we cover). we talk about what she originally wanted the book to be called, celebrity book clubs, and kendall jenner. darcie recommends some books. we talk about dating profiles and how astrology is wack.

letters to wendy’s by joe wenderoth
i remember by joe brainard
a crackup at the race riots by harmony korine
pieces for the left hand by j. robert lennon
bright lights, big city by jay mcinerney
body work: the radical power of personal narrative by melissa febos
hill william, crapalachia: a biography of place, and the sarah book by scott mcclanahan
the no hellos diet by sam pink
exalted and bad lawyer: a memoir of law and disorder by anna dorn