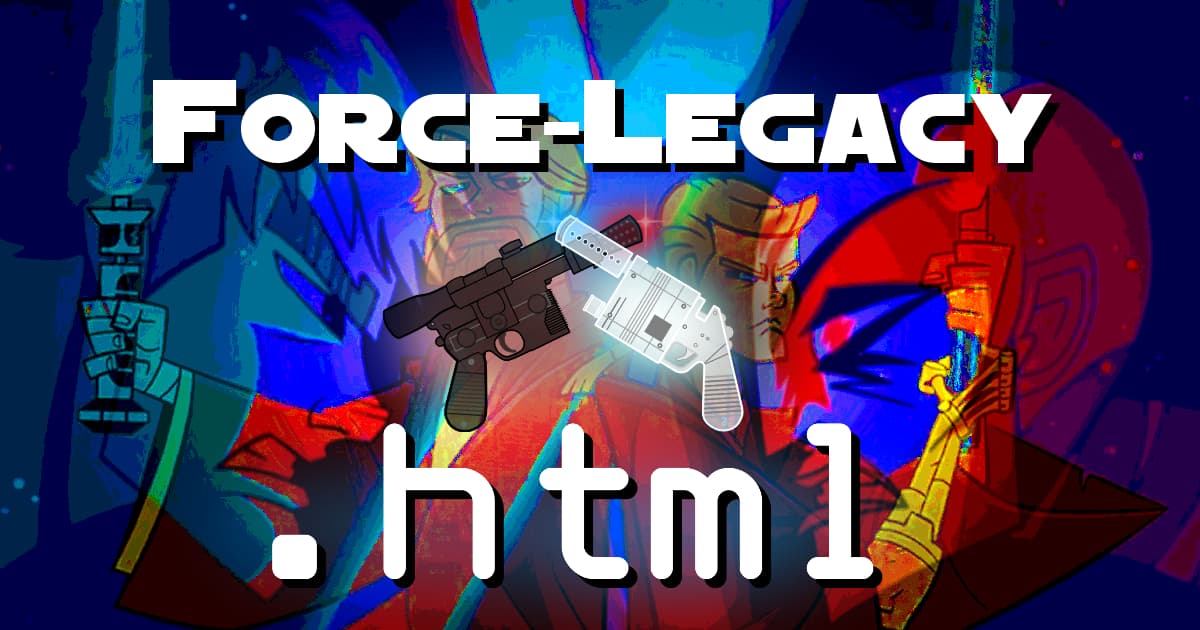 Nico and Kevo’s deep dig into Star Wars has brought them face-to-face with the animated series Clone Wars! That’s right, Clone Wars, not *The* Clone Wars. SW:CW, no T, you guys. The two of them needed backup to take on Genndy Tartakovsky’s two-week-like-hour-long-first-season-tour-de-FORCE (lol), so they brought in X is for Podcasts’s Jonah! Dylan! Kyle! And Steven! Together, the six of them sit down and take a look at a Star Wars Legend that is sort of still canon in that these stories were told somewhere else… but it’s not this version. It’s still fun! Join the guys for an all new .html!