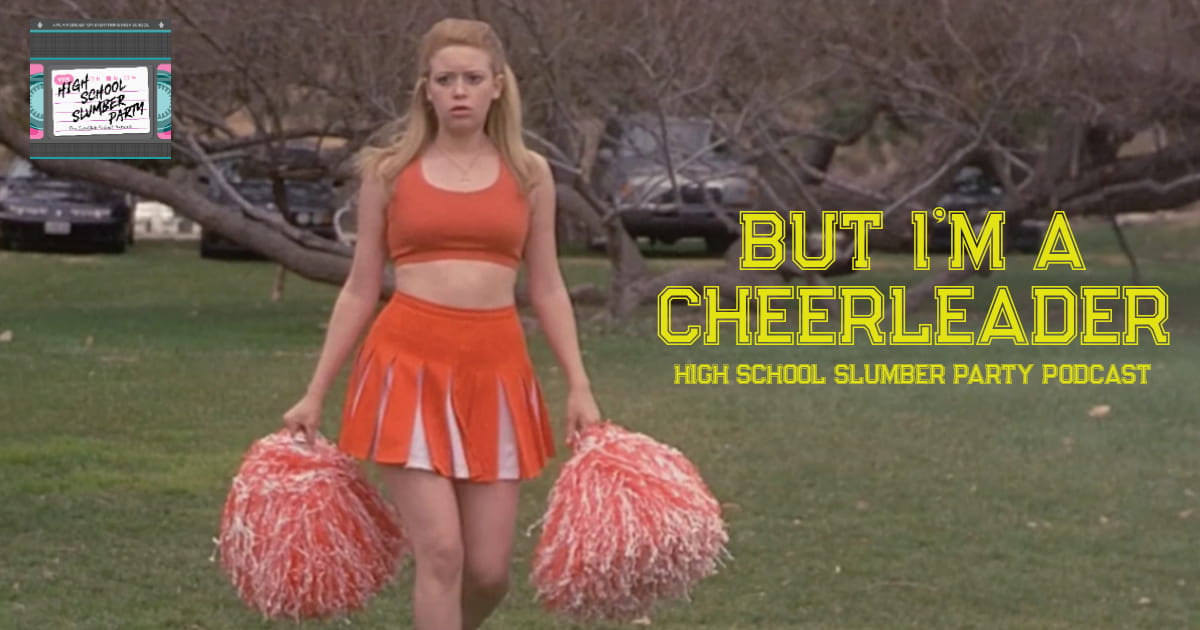 Cheer Monday is Queer Monday this week as we’re celebrating Pride a little early on High School Slumber Party. Jenny O’Connell is here to chat about the LGBTQ classic, But I’m a Cheerleader. Directed by Jamie Babbit, this dark comedy/satire stars a young Natasha Lyonne as cheerleader Megan having to endure gay conversion camp while learning about herself and finding romance along the way. Jenny and Brian discuss the vivid colors, RuPaul, and Clea DuVall, and Jenny shares her own LGBTQ experiences with the formative film.