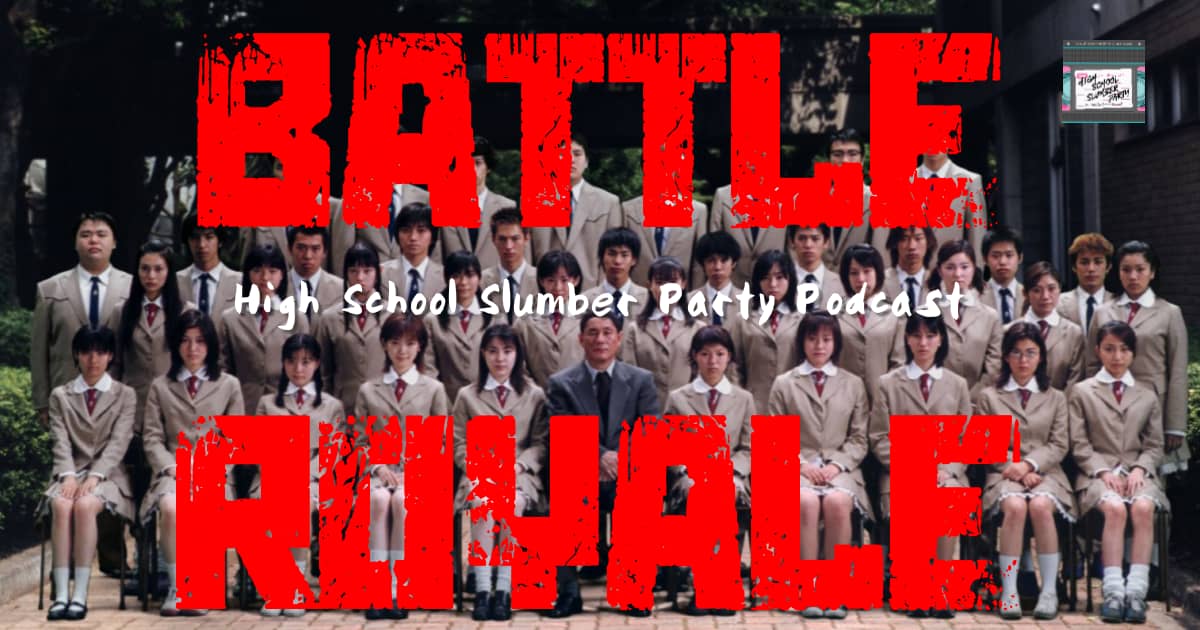 Fridays are fun again on High School Slumber Party, especially if you’re in the mood for Japanese cinema, hand to hand combat, survival and good old fashioned teenage clique infighting. First time guest but long time friend of the network Dan Colon hops in the sleeping bag to discuss the cult classic; Battle Royale. This film, which has been banned in some countries, took a while to get distributed outside its home of Japan. As such, a reputation of violence proceeded it. Sure it takes place in a dystopian future and sure it’s about a bunch of schoolmates who are forced to battle to the death on an island rigged with weapons and explosives but at it’s core, Battle Royale has a lot of heart and most importantly for this show, it has all high school tropes we know and love.