how to win the lottery s3e10 – b.r. yeager interview (author of amygdalatropolis) 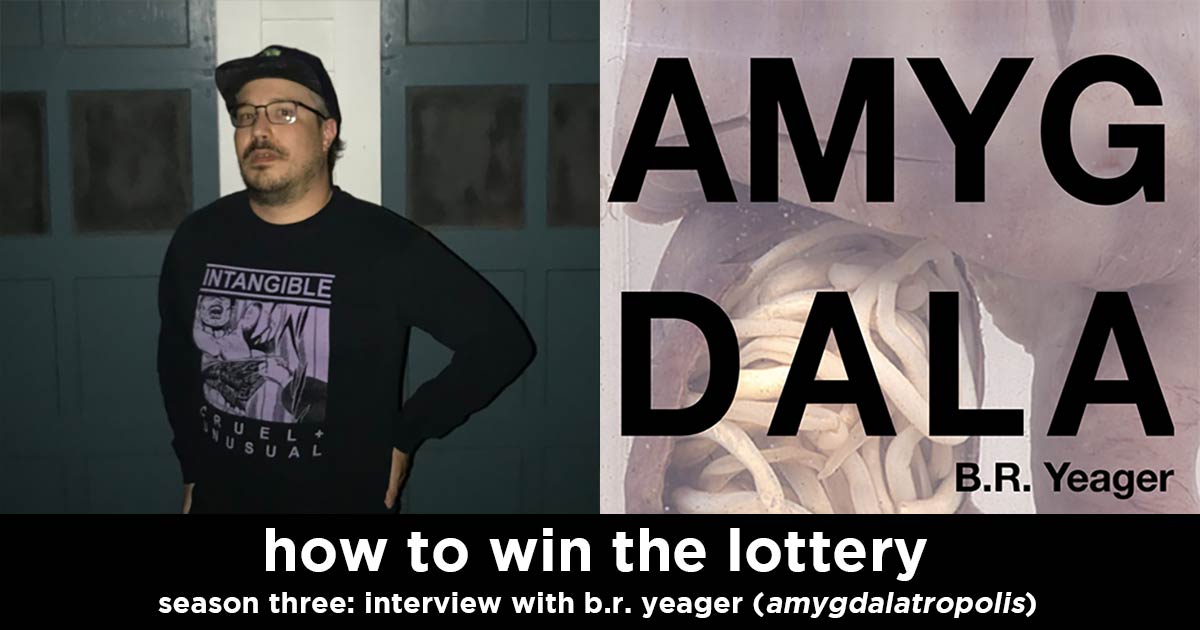 this episode of how to win the lottery starts in media res, which is fancy speak for “in the middle of the action.” (this may be wildly wrong, but we must operate under the assumption that bob’s google ban is still in effect.) we’re joined by b.r. yeager, author of amygdalatropolis, to talk about what “transgressive fiction” means (and if it means anything at all), how to pin down truth in a place where exaggeration and lying is the norm, and the process of writing difficult scenes. we talk about our own experiences with the internet, the temptation to type in links found within amygdalatropolis, and the story behind the edia connole essay that opens this novel. bob pulls a “trick” out of joey’s bag, then bonds with b.r. over death grips and the pronunciation of gif. b.r. picks some books for you to check out next. we talk about the pressure of the “now playing” section on livejournal. bob unveils a new question/segment.

the sluts by dennis cooper
the unyielding by gary j. shipley
an ideal for living by eugene thacker
gag reflex by elle nash