X is for Podcast #102 – ’80s Mutant Mania: The Underwhelming Angel, Iceman, and Not Beast in the Least in The New Defenders! (feat. A Look at Mad Dog: Timely Love Interest Turned Marvel Villain!) 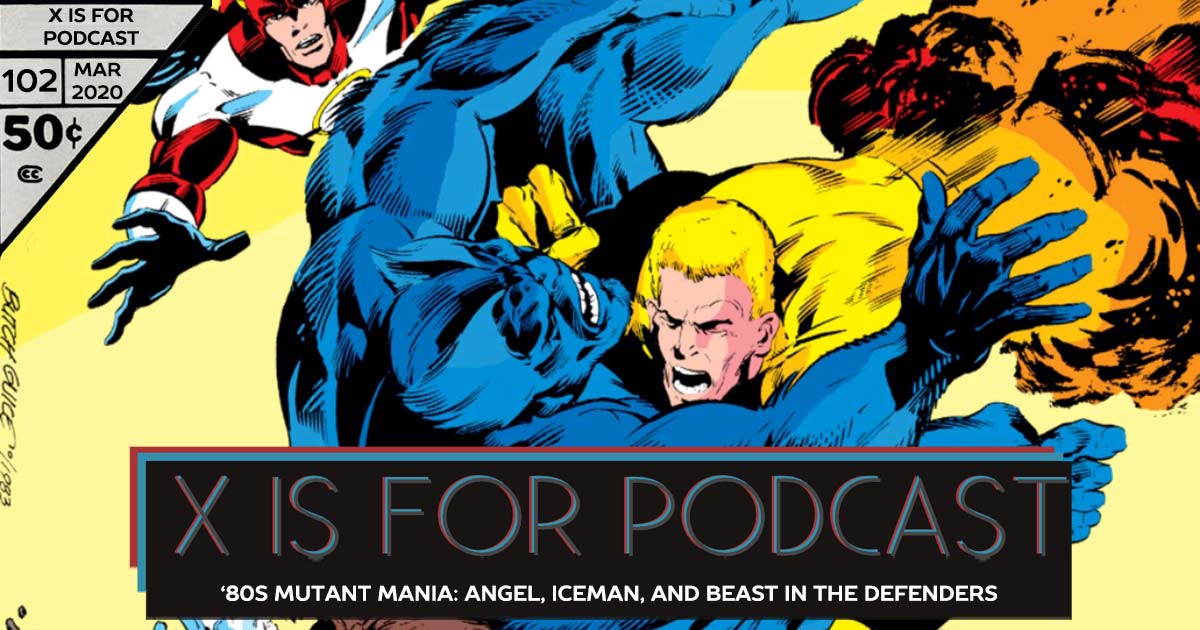 It’s tough to judge a team by its final story or by its first, but here, The X is for Podcast ’80s Mutant Mania team does both: the team begins The Defenders (essentially) with its final adventure (issues #122-125), while simultaneous witnessing the birth of the new team, The New Defenders (issues #125-130). Filled with an unbelievable number of X-Characters for something not X-Men, including the Beast, Iceman, Angel, the New Mutants, Professor Power and his Xavier vendetta, and more! Join Nico, Dylan, and Jonah as they examine the transfer from one team of Defenders to another in an all new ’80s Mutant Mania! Read along with The Defenders #122-124 & The New Defenders #125-130.