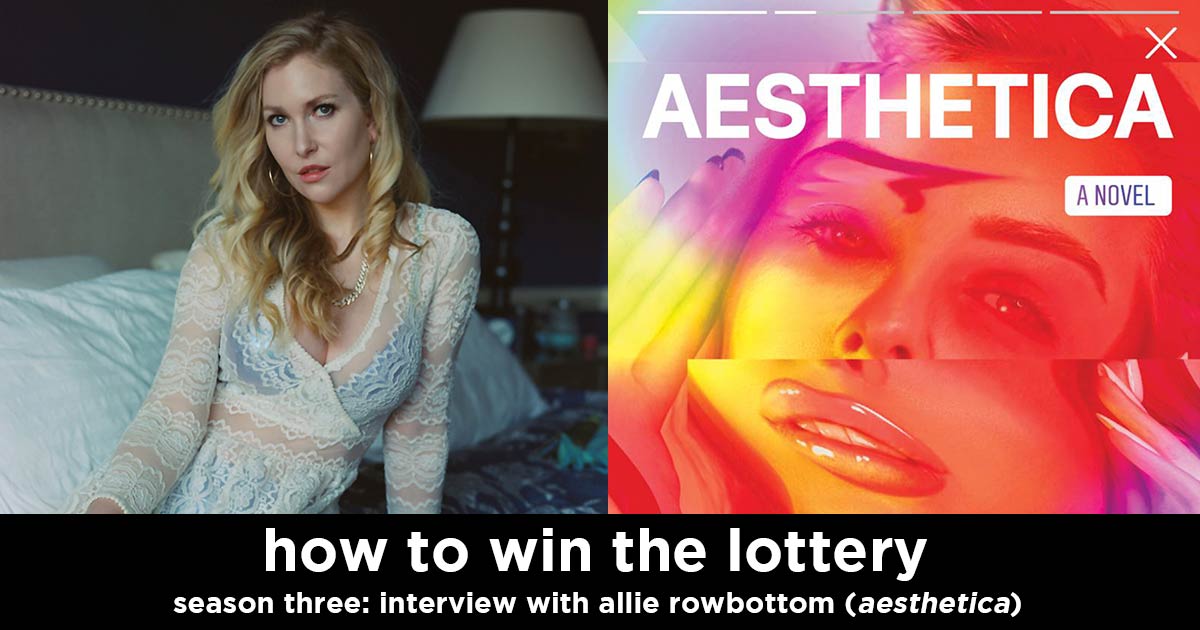 after covering her work last week, we spoke with allie rowbottom, author of aesthetica and jell-o girls. joey and allie share some memories about her book’s launch party/reading before we talk about the publishing world being separate from this type of content, how allie focused on the deep emotional underpinnings of the characters and the world, and how it’s more than just an “internet novel.” joey delivers another non-question that leads to a compliment before we discuss whether there was more story to tell toward the end, how the novel could be adapted into a three-season tv series, and who would play anna in the adaptation. we talk about a weird thing in allie’s wiki. she shares picks for a mini-module. we discuss the risk of recommending media to other people and give allie an award. we discuss the weirdness inherent in instagram comments sections, @paigeuncaged and @dudesinthedm, and lana del rey.