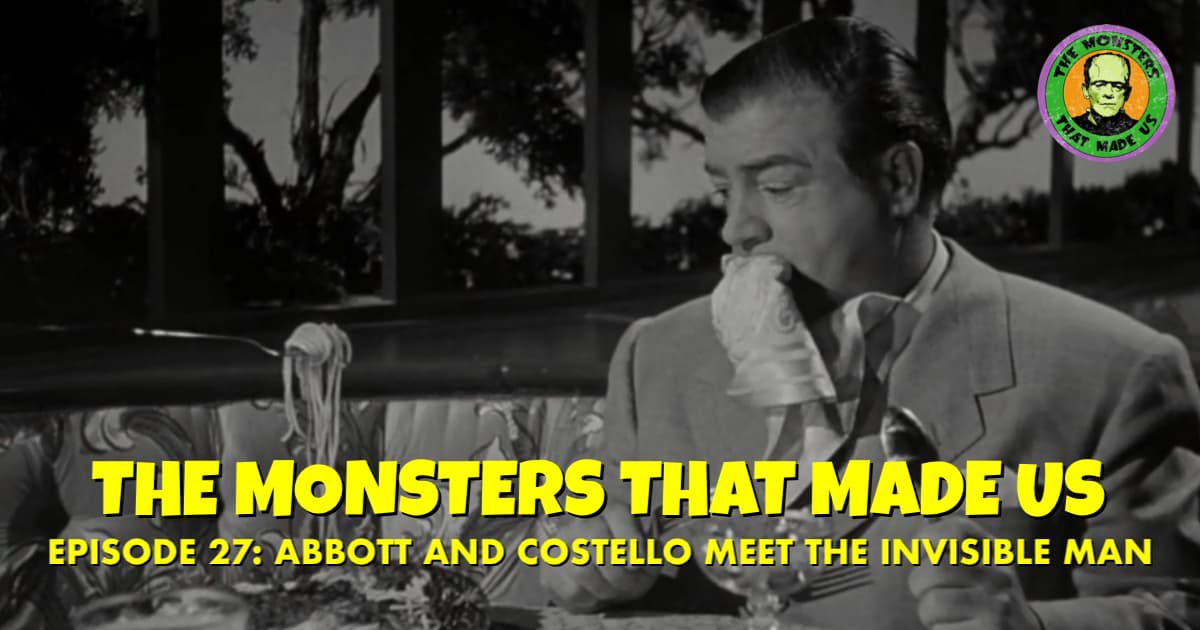 Good evening, fright fans! Abbott & Costello are back, and they’ve dialed up the slapstick for their meeting with the Invisible Man! Join “The Invisible Dan” and “Monster Mike” as they break down Universal’s second monster flick with the iconic comedy duo. They discuss some of the fun cameos, Universal’s new go-to director for Abbott & Costello films, and maybe the best invisible effects to date, plus the gags they love, the many they don’t, and the pacing issues caused by trying to squeeze so many of them into an uneven story that, unfortunately, doesn’t support them as well as it could.