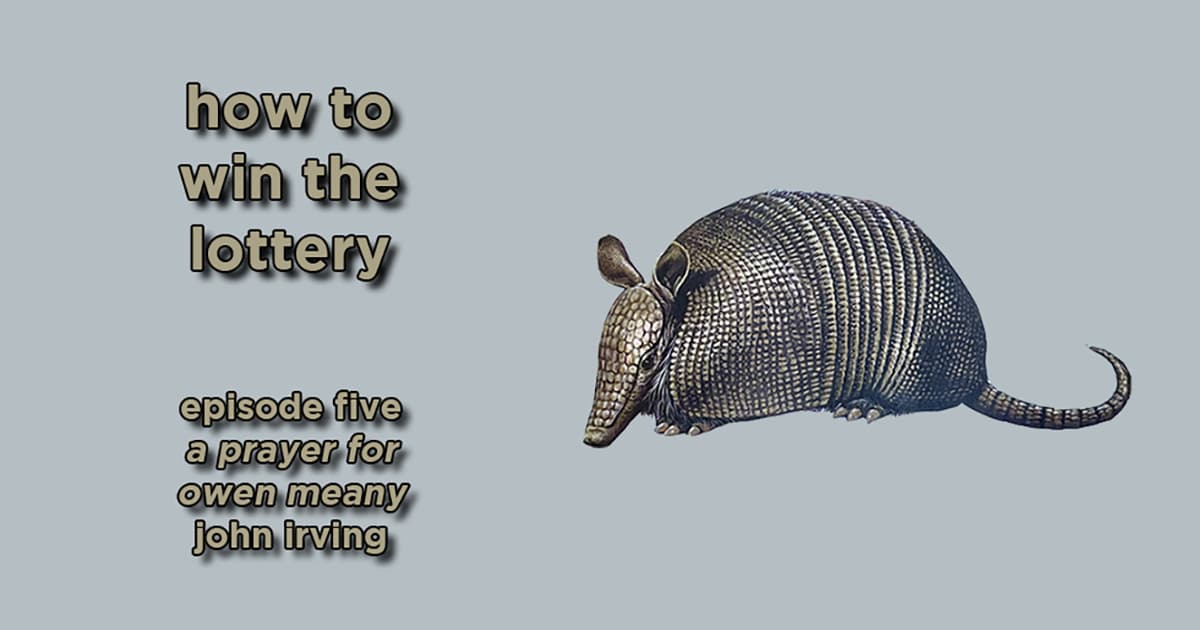 bob has called a prayer for owen meany by john irving one of the best books of the 1980s, but re-reading it has elevated that praise. (joey, far less educated and far less well read, would agree.) we discuss the novel’s exquisite plotting, the idea of determinism, and the mysteries core to the plot. bob threatens to fight john irving based on an interview that joey talks about, then criticizes joey’s accent (or, more directly, his obliviousness) before criticizing his own. we also talk about the big mysteries inherent within a prayer for owen meany, as well as the narrative’s biggest villains. joey unknowingly quotes a dictator then tries to coin a new phrase, which bob rejects. we also preview our patreon bonus episode, dropping next week, where we cover simon birch: the film adaptation of a prayer for owen meany.