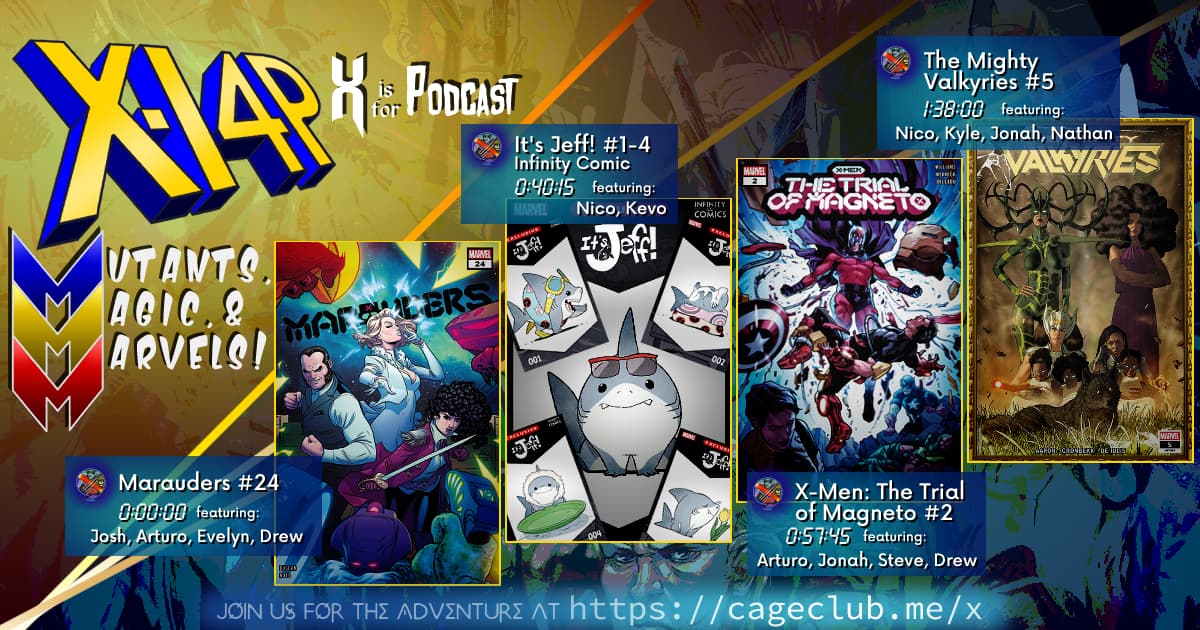 The face of the Marvel Universe is shifting — and so is XI4P! Featuring the debut of a new segment, this special of episode of X Is For Podcast celebrates the changing face of comics! First up, Marauders moves from space to space pirates?! Then, at 40:15, join XI4P OGs Nico & Kevo as they look at It’s Jeff: Infinity Comics from Marvel Unlimited, starring everyone’s favoritest goodest of boys — JEFF THE LANDSHARK! Then, at 57:45, the team takes their first look at X-Men: Trial Of Magneto 2, before at 1:38:00 finishing off the episode — and the recent run of incredible Valkyries titles — with The Mighty Valkyries 5! Space pirates, good shark boys, murder mysteries, and gods on a new XI4P: MMM!