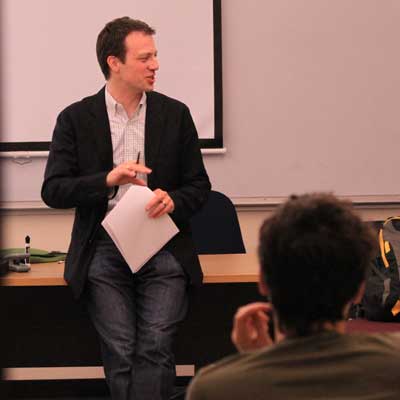 Tobin Addington is an award-winning screenwriter and director, a writer for Crash Course Film, and (as you know) a podcaster on The Contenders with his sister, Aislinn (but you knew that, too). Tobin has taught approximately a billion college classes on screenwriting, directing, and film history/theory/criticism, most recently at the University of Montana. He may even have taught the co-founders of an emerging podcast empire, though he’s not naming names…

Tobin went through a severe film snob stage in graduate school, from which he as mercifully recovered… mostly.

Click here to view all guest appearances by Tobin.