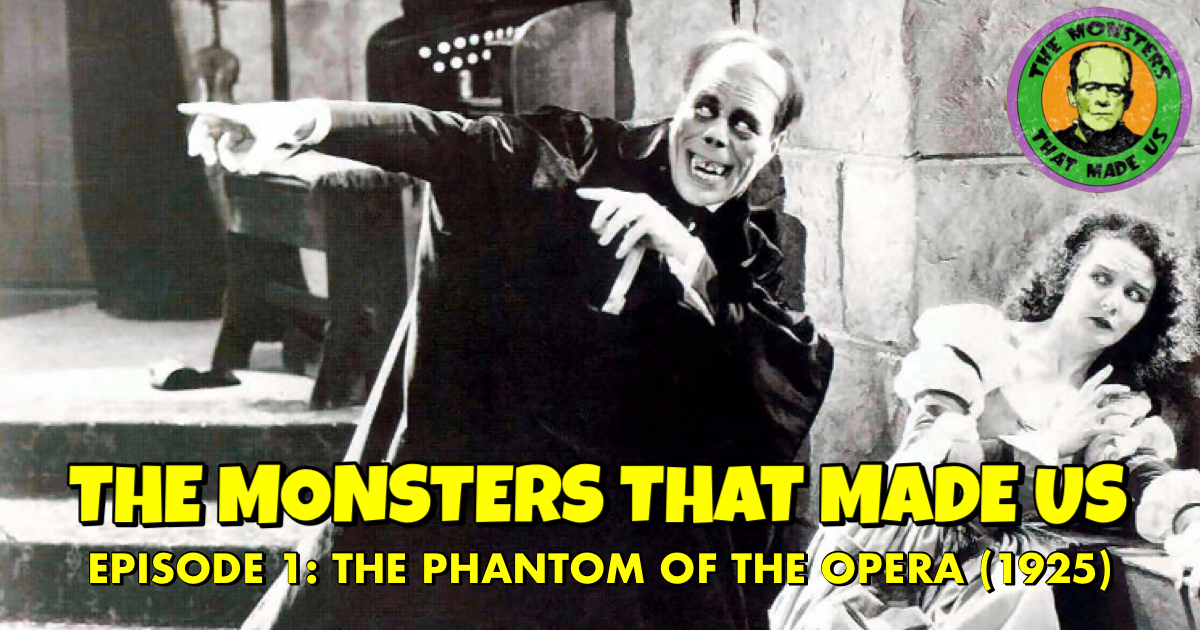 It’s time to don your mask and join “The Invisible Dan” Colón and “Monster Mike” Manzi for a night at the opera as they kick off The Monsters That Made Us with the first entry in the Universal Studios Classic Monster series! They get into the all of The Phantom of the Opera‘s many rewrites and reshoots, the brilliant set designs and cinematography, Lon Chaney’s masterful makeup, and how such a disastrous production became one of the greatest films of the Silent Era!