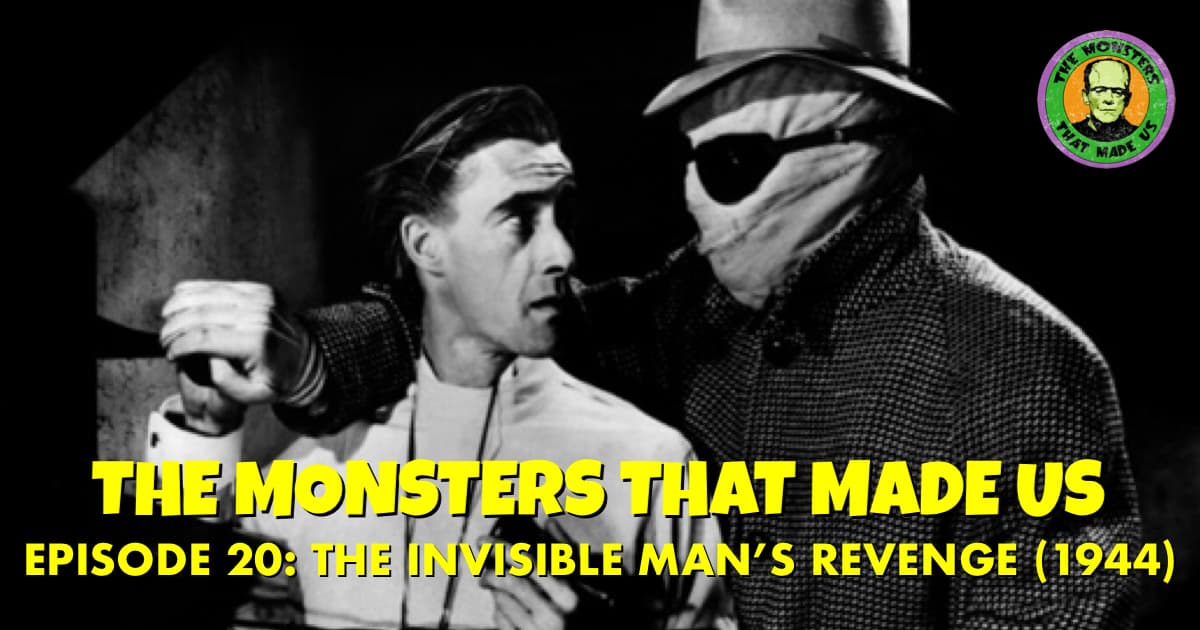 Look out! A lunatic with the power of invisibility is on the loose, but “The Invisible Dan” and “Monster Mike” are hot on his trail! Join them as they discuss Jon Hall’s return to the franchise, John Carradine’s underrated performance as Dr. Drury, John P. Fulton’s ever-improving special effects, a screenplay that seems curiously underdeveloped, and whether or not the use of broad comedy undercuts the horror in The Invisible Man’s Revenge!