To say that Brian De Palma is a stylistic director is doing a disservice to the word “stylistic.” Plenty of directors leave their mark on a film; that is the nature of an auteur. But few smear themselves all over the screen quite like De Palma does — at least in SNAKE EYES. He’s so on the screen that it’s distracting. There’s plenty of reason to be bothered by the glitz and glamour of De Palma’s directing, but there’s one sequence that you have to respect and love: the opening 13-minute tracking shot.

I love me a good tracking shot. Orson Welles’ tracking shot to open TOUCH OF EVIL is one of the earliest — and best — examples I know, but everyone from QT to Kubrick and beyond have delivered memorable tracking shots. De Palma’s 13-minute opening to Snake Eyes is right up there with the best of them, and one of the most thrilling sequences in any movie we’ve watched so far in #CageClub. Yes, there may be cheats and hidden cuts, but they don’t take away from how impressive this sequence is.

The sequence is so good that it makes up for the bland “is what it is” CITY OF ANGELS. It’s exactly the revitalization #CageClub needed after the downtick in energy from that film following ACTION WEEK! It’s also almost enough to make up for the rest of the excessive directorial flourishes De Palma puts on the rest of the film! (But not quite.) The rest of the film’s directorial marks take away from the script and the story, the antithesis of how breathless and invigorated this opening shot leaves you.

Mike always talks on the podcast about how much he loves efficient storytelling, and this is kind of an ultimate example of it. We learn so much about the movie and these characters and how they interact with one another in these first 13 minutes that by the time the shot ends and the rest of the movie begins, we’re fully engaged in this world. We know Cage is (once again!) a colorful character, a crooked cop with some scraps of morality still intact. We also know he’s a smooth operator with the ladies. Duh.

It’s honestly a shame how much wind is sucked out of this movie when this 13-minute opening ends. There’s still excitement to be had, but the movie crests up, up, and up… only to find itself spiraling downwards for a while after we’re engrossed in the world. Much like City of Angels, the rest of this movie isn’t bad, it’s just sort of missing out on its potential. There are weird plot twists and questionable morals and characters whose traits seem to continually conflict with each other. It’s semi-lackluster!

Cage does a great job in the lead role. He manages to play that corrupt cop that still retains a shred of dignity very well, even though the script doesn’t really do his character many favors. The film, on a whole, does a good job of subverting expectations and playing on classic detective and noir tropes. (We get into that more on the podcast.) There’s a sense of scale and size here, too; this is Cage’s highest budget film to date, aside from his action trilogy. It’s pretty to look at… if you can tune out some De Palma.

How can I watch it? It’s on Netflix! You don’t have to watch the whole thing, but definitely watch the first 13 minutes. Worth it!

What’s up next? It’s a surprise! It’s something we haven’t mentioned at all yet, and didn’t even know we’d cover until last week! 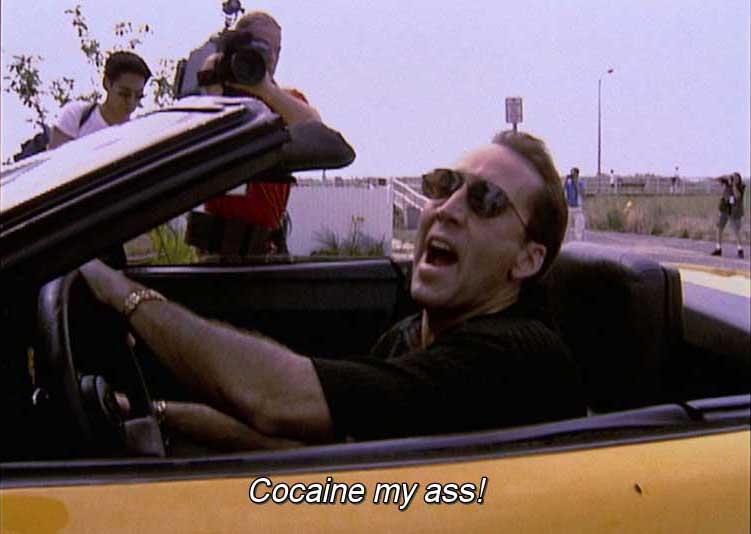