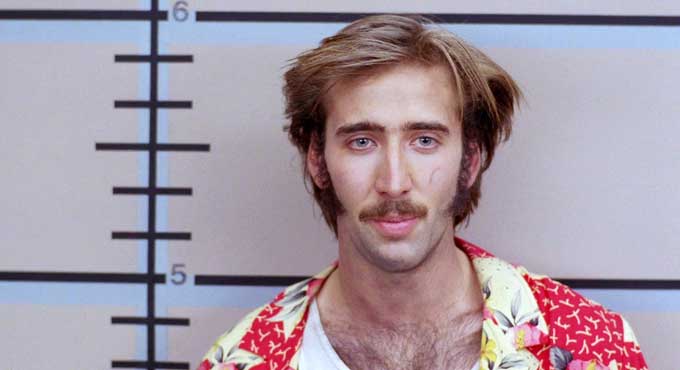 In fact, as I’m writing this review, I’m re-watching Raising Arizona. This isn’t something that’s happened so far in CageClub. I’ve genuinely liked every movie we’ve watched so far, but I love this movie on a whole other level. The only other CageClub movie that could approach it is WILD AT HEART, but that’s a movie that’s far harder to re-watch ad nauseum (for many reasons that we’ll get to at the end of next week). 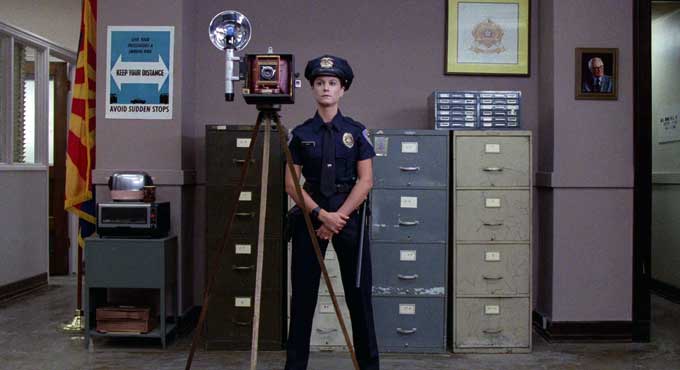 This review isn’t going to be like the rest of my reviews on CageClub so far. I don’t want to write about this movie beat by beat; it deserves so much more than that. I know Nicolas Cage isn’t everyone’s cup of tea, but there are a handful of his movies that I feel everyone should watch. This is one of those movies. This is also one of his movies that demonstrate everything we come to know and love about Nicolas Cage: he’s fully committed to a character that’s in over his head, even though he means well. 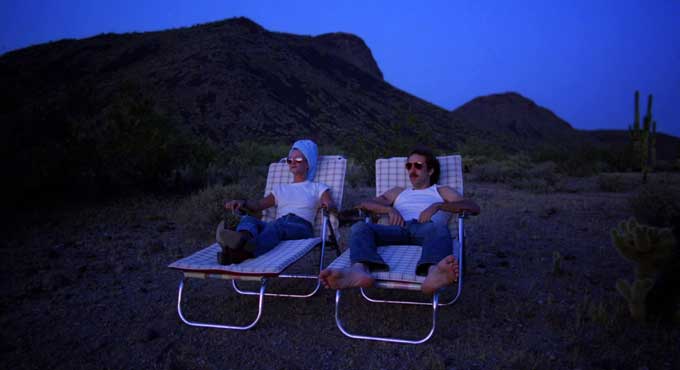 What’s unique about Raising Arizona, at least in comparison to the other movies we’ve watched so far in CageClub, is that Cage is one of the most grounded characters in the film. He’s exaggerated and endlessly enjoyable, to be sure, but he’s surrounded by cartoonish characters on all sides. It’s a beautifully weird script penned (and directed) by the Coen Brothers, one that’s filled with delightful weirdos of all shapes and sizes. 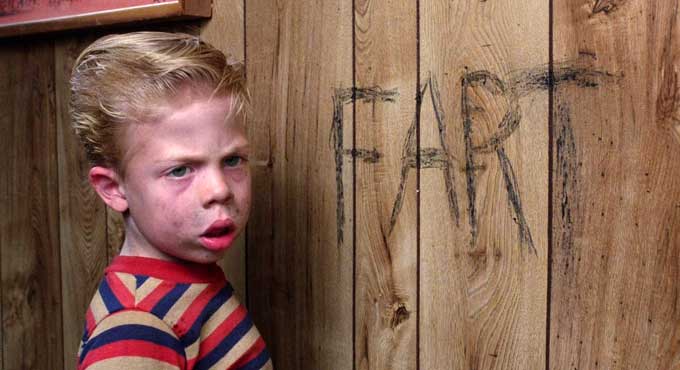 With very few exceptions — maybe just Leonard Smalls — just about every character in this film is grounded in reality. They all abide by a moral code; and when characters deviate from the personality they’ve said up (Edwina in particular), it’s for good reason. And for that reason, I think it’s Edwina that’s the most fascinating character of all in this film. 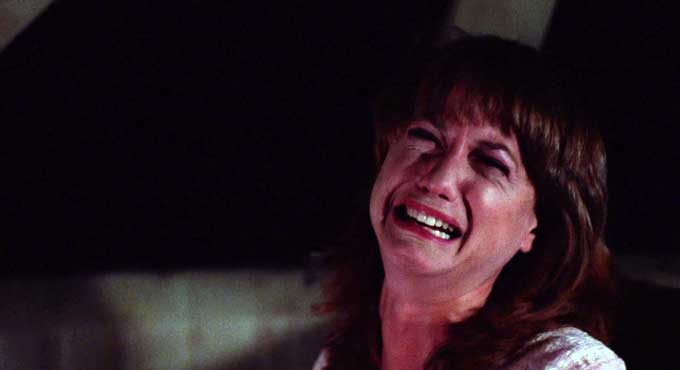 Let’s talk about Edwina for a second. She’s perfectly played by Holly Hunter, in a role that feels like she was born to play. I’m mostly unfamiliar with Holly Hunter’s career, outside of the Coen Brothers films, her small (but powerful!) role in TOP OF THE LAKE, and her voice work in THE INCREDIBLES. But she’s so good in this movie that none of that matters. Like Patricia Arquette in TRUE ROMANCE, Holly Hunter’s portrayal of Edwina in this movie will endear her to me forever. 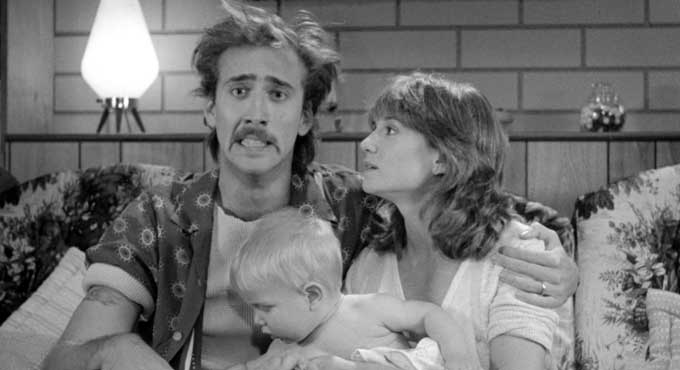 Edwina evolves from a correctional officer to a criminal enabler (albeit with a heart of gold and the best intentions), and it feels wholly natural. A lot of that can be credited to the Coen Brothers’ terrific script, but even more so can be credited to how fully she commits to this role. When she and Cage finally steal Nathan Junior (and we’ll get to the actual plot in a second), her joyful sobbing line delivery of “I JUST LOVE HIM SO MUCH!” will never not make me laugh. Regardless of how they got this baby, it’s what she’s always wanted; screw societal conventions that say you can’t steal babies. When a woman gives birth to five at one time, she can spare one. Right? It’s for a good cause, you guys. I promise. 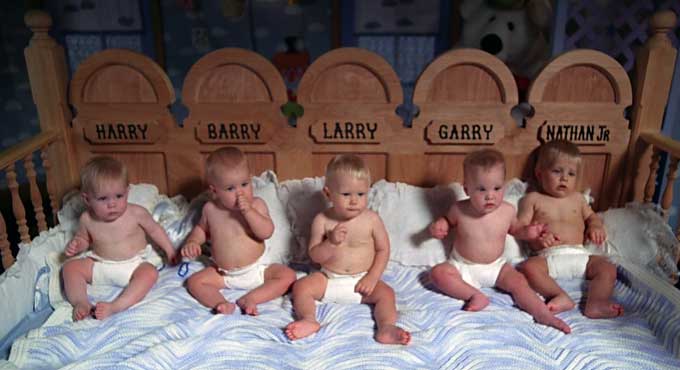 But the other part of that equation, which can’t be overstated enough, is the Coen Brothers’ script. Aside from being amazingly funny, it’s also incredibly economical. In the film’s first 11 minutes, which lead up to the title card, you’re taken on a journey. In the hands of less skilled writers, it could seem like an info dump. There’s so much that happens in these 11 minutes that it’s almost overwhelming. 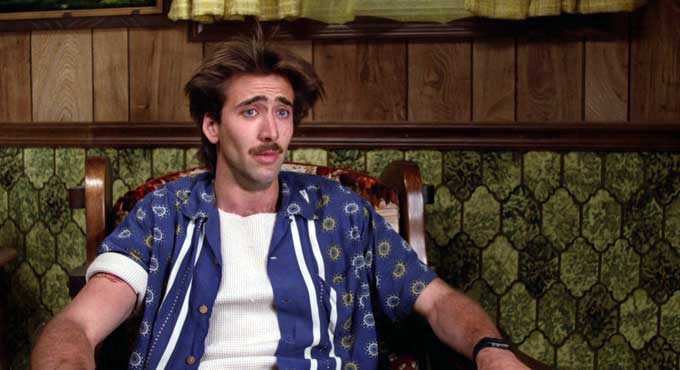 Carried throughout by Cage’s narration (complete with a southern twang), you learn that H.I. McDunnough (Cage) is a repeat convenience store burglar, who’s only trying to make it through life. You meet Edwina, a correctional officer whose relationship is progressively becoming worse and worse with each subsequent Cage incarceration. You’re introduced to the Snoats brothers (John Goodman [who will return in Bringing Out the Dead] and William Forsythe [who will return in The Rock]). 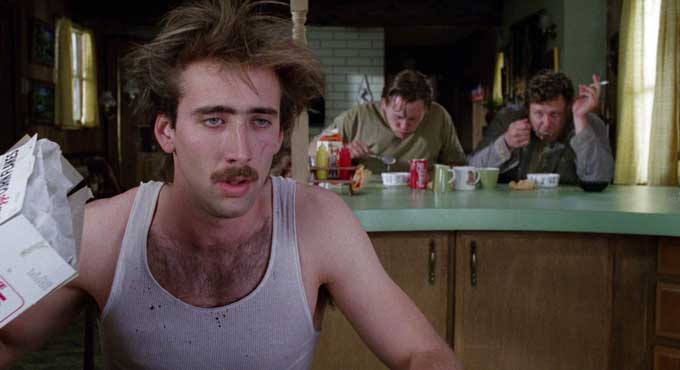 You see H.I. and Ed’s relationship begin and bloom. You learn how badly the two of them want to grow their family. You see their relationship hit its first rough patch, when Ed tells H.I. that she found out that she’s barren. You learn about the titular Arizona family, local celebrities, who just had quintuplets. You learn exactly what this couple plans to do to solve their biggest problem and make their family whole. 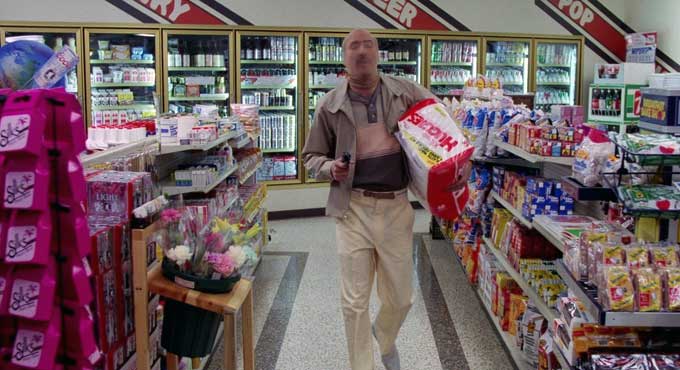 That’s a lot of information in 11 minutes. Between the beautiful cinematography, Cage’s narration, and pitch-perfect score, these minutes fly by. That’s actually true of the whole film: the entire 94 minutes fly by. I could live in this world forever, but it’s as great as it is because it never overstays its welcome. If you ever want more, you can just start it over and dive back in! 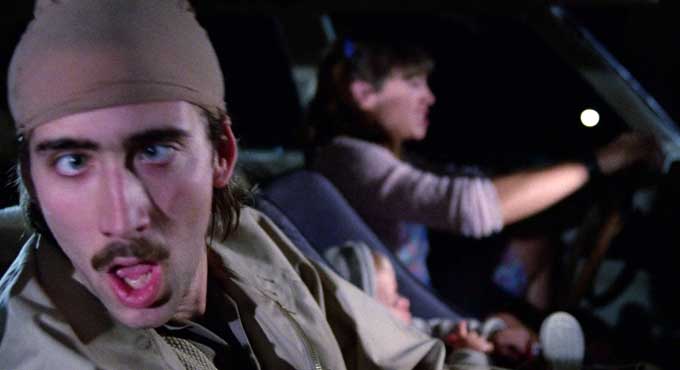 I don’t know what else to say about this movie. I feel like Holly Hunter, talking about Nathan Junior: I JUST LOVE IT SO MUCH. No matter what type of comedy you like, you’ll find things to enjoy in this film. It features a great relationship story, and some pretty serious special effects. I really don’t see how people could not like this movie. If you do, I don’t want to be friends with you. I don’t think this is necessarily Cage’s best role or his best film, but I think it may be his most enjoyable. It’s everything I could ask for in a movie. Plus, it has one of the best (if not the best) chase sequences in any movie. So… see it for that. 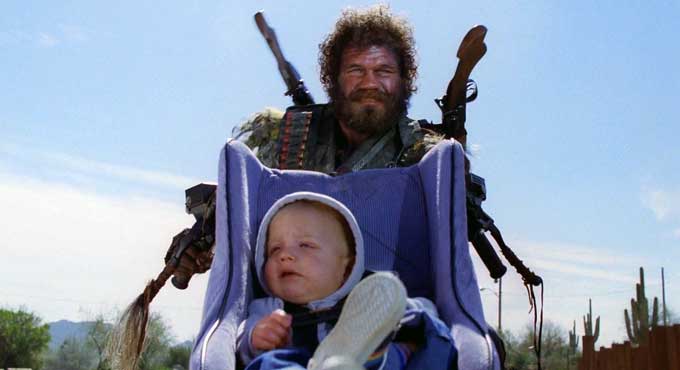 How can I watch it? There aren’t going to be many “required viewings” on CageClub. Like I said above, I know he’s not everyone’s cup of tea. Raising Arizona is required viewing. It’s not streaming for free, but Amazon has it for $2.99.

What’s up next? Our first blockbuster week of CageClub continues with MOONSTRUCK, which (I think?) is widely considered one of his best performances.