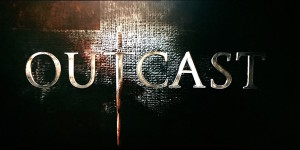 Today on Cage Club we wear snakes as jewelry and kick a lot of ass in Outcast. Cage is back in Action Movie form and nobody is more surprised than me. Based on the cover art I was looking forward to this one, and in the best ways, this movie is not at all what I was expecting. In this one cage is more of a co-star and goes missing for most of the movie, but he makes up for it when he reappears as one of my favorite Cage Characters to date.

Cage plays Gallain, who starts the movie Crusading in a holy war with Jacob, played by Hayden Christensen. This is basically the exact same set up as the opening sequence to Season of the Witch. Cage is Crusading and eventually gets tired of the bloodshed and decides to leave, but the difference here is he has a falling out with his partner in crime, Jacob, who has become full of blood lust. The movie jumps several years and to the Far East where the real story starts. A King is dying and wants to bestow the land to his youngest son, a kind boy prince. This has to be done fast, before the other, older prince returns from battle and claims the throne for himself. The King tells his daughter, the Princess, to protect her brother, the Boy King, and get him and the royal seal to the proper authorities so everything can become official.

Thus the real movie begins and the Princess sneaks the Boy King out of the castle and into the mountain wilderness and off to adventure. When they look for an escort to help them traverse the land in secret they come upon Jacob, who has seen better days. He is very different from the blood thirsty warrior he once was, very jaded and drugged up. He begrudgingly agrees to help the royal siblings and they get into a few action packed moments where Jacob gets to show he still has moves and kicks major ass. Hayden is pretty great in the action role here and his Star Wars bootcamp and light saber skills really translate well here in this period piece with swords swinging around. They eventually meet up with Cage in the mountains, once Jacob is injured and needs assistance in escorting the royal pair.

Cage goes all out in this one with his character. This is what I imagined he would do in something like Pirates of the Caribbean if given the chance. He is going for it all the way. He’s missing an eye for the third movie, he’s fought in the crusades for the second time and he’s swinging a sword like it’s second nature, much better than anything in Season of the Witch! If nothing else, Cage proves that he still has it in him to be an action star and do something like a high adventure fantasy. He keeps up with his younger co-stars and still commands the screen with his presence. I hope this is not the last we see of Action Cage because I didn’t realize just how much I miss it.

It really seems like his character had a harder time than Jacob did over the last few years they were apart, but now they reunite to help the royal kids. The bad prince gets to Cage’s mountain pass and there is an all out battle where Cage sacrifices himself so Jacob can live. It’s a glorious death sequence that might just go down as the best in Cage Club. Once Cage is gone, Hayden faces the Bad Prince and defeats him in a duel. All is well in the kingdom and the Boy King takes his rightful place on the throne. The forbidden love between Jacob and the Princess cannot be explored at this time as Jacob is off to wander the Earth in search of adventure, while the Princess must counsel her brother until he comes of age.

This movie is pretty straight forward once they get on their quest, what helps the production is the art design, the costumes and the filming locations. Everything looks really great and it elevates the thin material. It is too bad that everyone speaks English in this movie, even when the majority of characters are Asian. It’s one of the few slights against the film, but I understand they wanted to get as much mass appeal from this as possible, it’s just disappointing when this movie is produced oversees and is basically a foreign movie. I had hoped they could pull off the subtitles.

That will do it for Outcast. This was a movie that totally subverted my expectations. Judging by the cover art and the opening I thought it would be a Kingdom of Heaven type action movie, but it turned out to be something much better and more interesting, a Far East period piece adventure movie. I do wish that Cage was in this more, this being one of my new favorite Cage characters, but what we get is sublime. It is worth watching the movie just for him.

Next up on Cage Club we go sky high with Cage as a pilot that get’s left behind when the Rapture comes in, Left Behind. This is another Cage movie that is a remake and it is also based on a novel. I can’t wait to see how Cage takes it when he realizes he won’t be going to Heaven ? Will he be able to land the plane full of sinners safely back in New York ? Cage has not had the greatest luck on airplanes in his filmography, but we will find out how it goes next time on Cage Club.