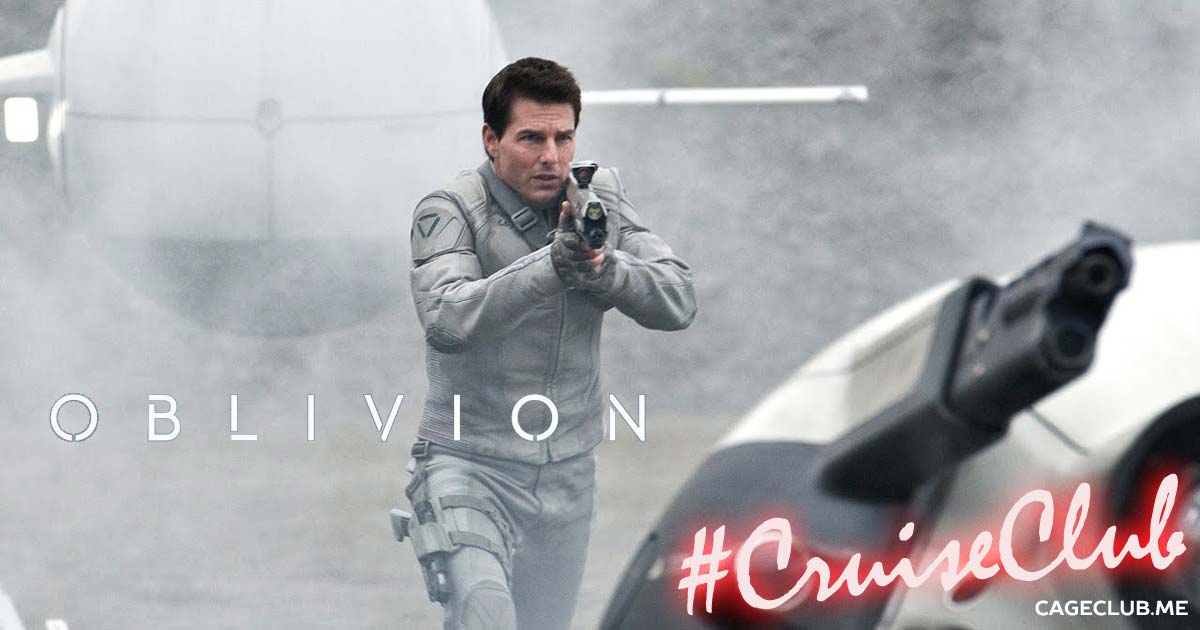 One year before Tom Cruise starred in Edge of Tomorrow (and blew our collective minds), he found himself in another big-budget sci-fi movie: Oblivion. The finished product doesn’t quite hold up as well as his next film will, but there’s a lot to admire here, and even more to pick apart. We’re joined by Matt Delhauer (The Ginger Geek Podcast) to talk — spoiler alert! — lost love, clones, and whether or not your lost love can easily translate from one clone to the next. We also talk about the best parts of Oblivion, the worst parts of Oblivion, and why it didn’t quite hold up the way it could have, albeit through no fault of its own. (Also! Scheduling update: #CruiseClub is now weekly!)