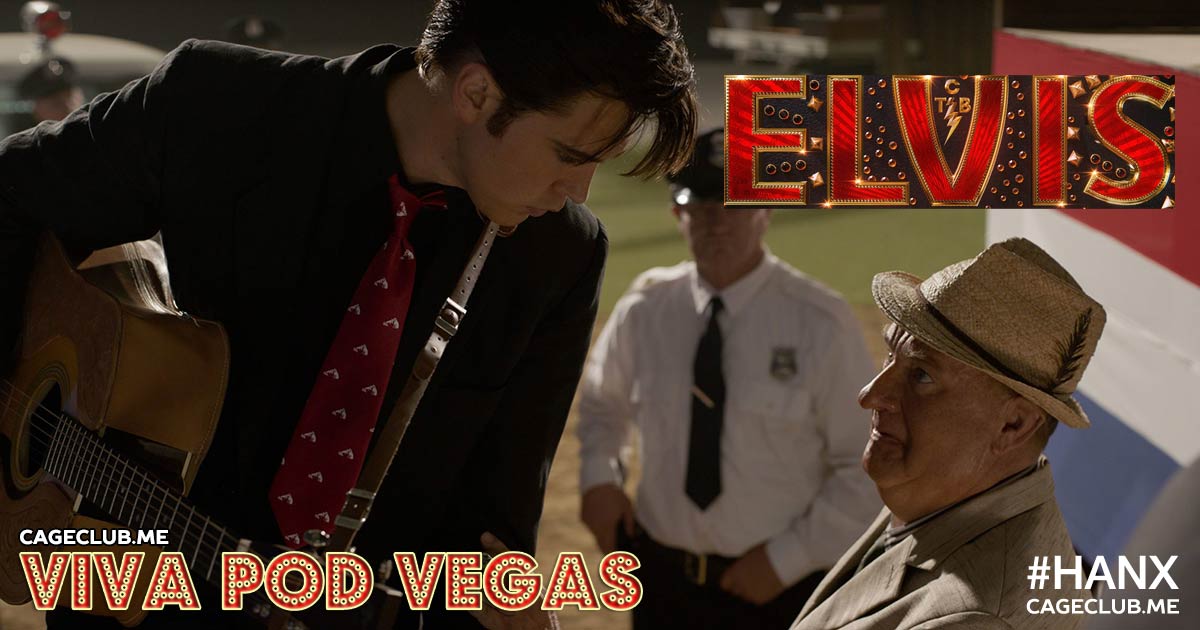 It’s a Viva Pod Vegas / #HANX for the Memories special crossover event as we talk about Baz Luhrmann’s Elvis, the Elvis Presley biopic! We discuss Austin Butler’s portrayal of Elvis (and how he is the movie), Tom Hanks’s portrayal of Colonel Tom Parker (and why he took the role), and Baz Lurhmann’s novel take on the biopic via a new POV. We talk about Hanks’s makeover and his level of “going for it,” the movie’s frenetic pacing and structure, and how it navigates around some controversy. We also wonder if Riley Keough would have fit in the movie and try to picture Tom Cruise as Colonel Tom.