The age-old adage says you shouldn’t judge a book by its cover. I’d imagine that if that saying was updated in, say, the late 1990s, it may say, “Don’t judge a DVD by its cover.”

It’s shocking how little I knew about Rumble Fish before I saw it, and almost as shocking at how much the DVD box betrays what it is. Well, at least in one regard: I was (in no way!) prepared for this to be a black-and-white arthouse movie. But that’s what it is! So we can check this off our collective Cage bucket list.

In spite of my complete ignorance to this movie, I knew Cage was in it, and it’s fourth on our #CageClub world tour! Cage plays a character named Smokey, and finds himself in only a handful of scenes. Unlike Fast Times at Ridgemont High, however, Smokey is pivotal to the plot and ultimately turns the life of main character Rusty James (Dillon) upside down.

We’re introduced to Cage right off the bat. Smokey is a world-class pool player, as evidenced by the fat stack of cash he carries when playing pool. His hair is on point in a top-notch pompadour: 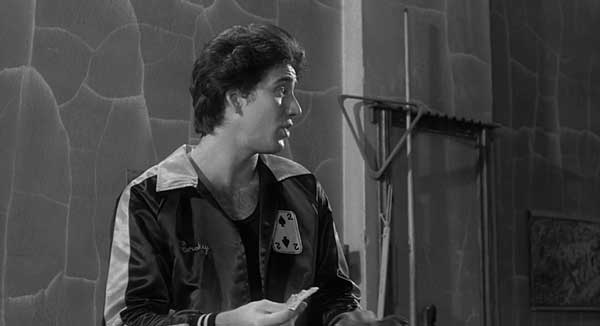 While Cage is only in a few scenes, we get more powerful close-ups of him than just about any other character I can remember. Check out these two, which both appear within the film’s first 10 minutes: 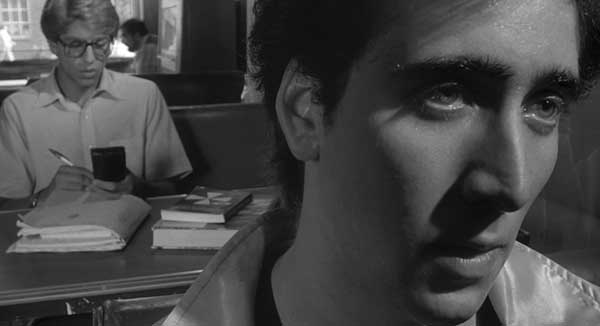 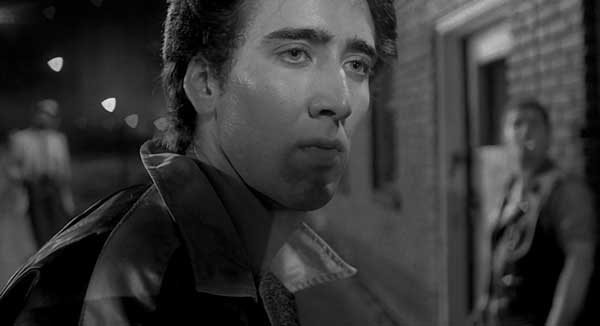 That second one looks oddly Photoshoppped, but it’s legit. Trust me.

I think it’s fitting to watch this movie for the first time while knowing as little about it as I did. The whole narrative and visual style is ethereal and dreamlike, and nothing makes immediate sense. There’s little in terms of plot; Rusty James spends the first third of the movie talking about and hearing about the exploits of his older brother, The Motorcycle Boy (Rourke). Then, his brother shows up about half an hour into the movie, and spends the next half hour explaining life and teaching him the lessons he’s learned on the road. Then there’s the climax, where The Motorcycle Boy dies, and that’s pretty much it.

In between, we have Rusty James’ gang doing some gang-like activities — but not TOO many. There’s a great rumble in the subway, with one totally badass looking bad guy: 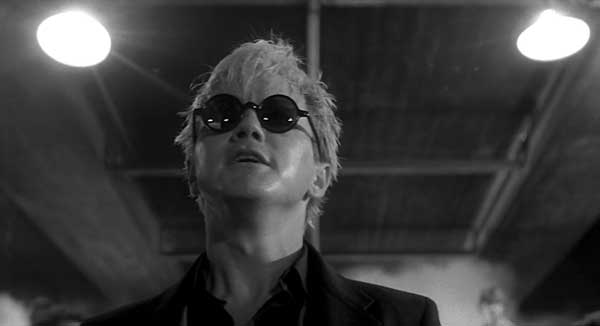 The gang also breaks into (what we learn later is) a lakehouse, which ultimately has a life-changing impact on Rusty James.

Other than these two events, though, there’s little gang-like activity. Most of the movie is Rusty James fighting the life that’s laid out for him (of following in his older brother’s footsteps) and trying to become the man he wants to be. His brother’s name (literally) adorns signs throughout the town, making his presence inescapable, even when he’s not there. 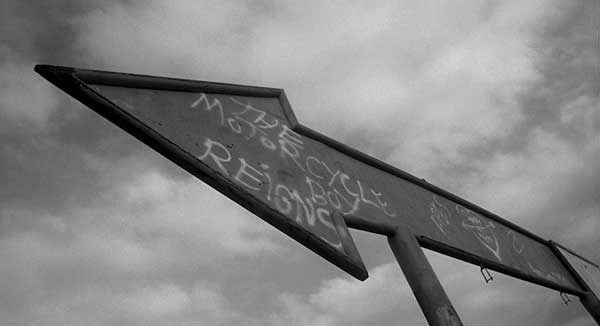 In keeping with the slightly off-kilter components of this movie, there are multiple dream sequences, and even a near-death experience for Rusty James. Here’s a dream sequence where he envisions Diane Lane laying atop a bookshelf while he’s in class: 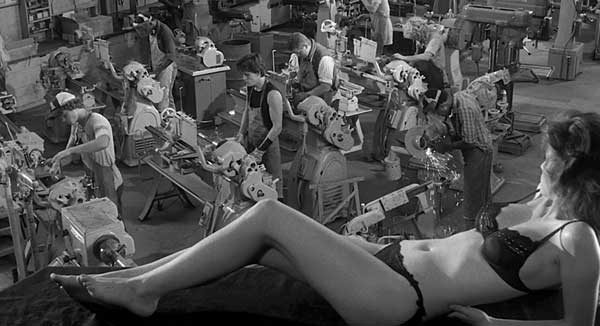 Later in the film, Rusty James gets cornered into an alleyway and his hit upside the head with a tire iron. He crumples to the ground, and for a minute he’s presumed dead. In fact, he’s so close to being dead that his spirit leaves his body and roams across the city. Here’s a three-frame sequence of Rusty James’ near-death experience: 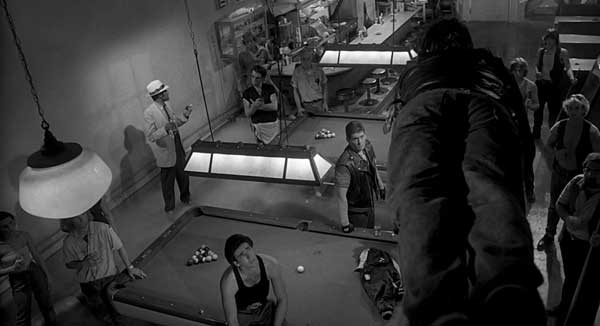 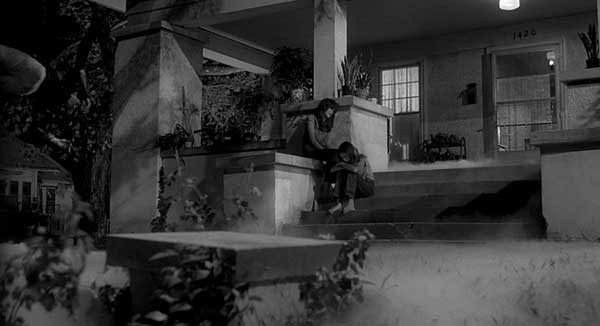 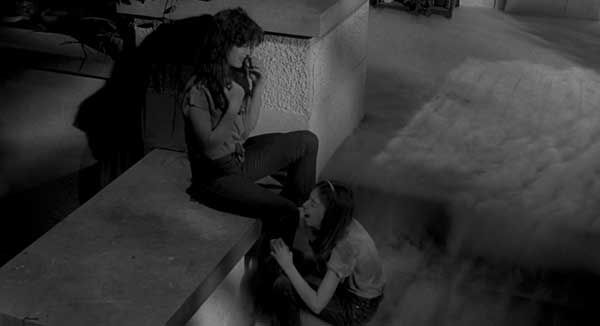 It’s sort of hard to see, but in the second frame, he’s floating parallel to the ground in the upper-left hand corner of the frame. It’s all odd, unsettling, and never explained. Much like Rusty James’ life, we’re left to figure out what to make of everything by ourselves.

Also worth pointing out: that little girl sitting on the lower step is Sofia Coppola: Francis Ford’s daughter and Cage’s cousin. Credited only as ‘Domino’ (to avoid the spotlight and her father’s famous name), Sofia pretty much nails the annoying-yet-cute je ne sais quoi of a pre-teen girl. Just look at these oversized chompers! 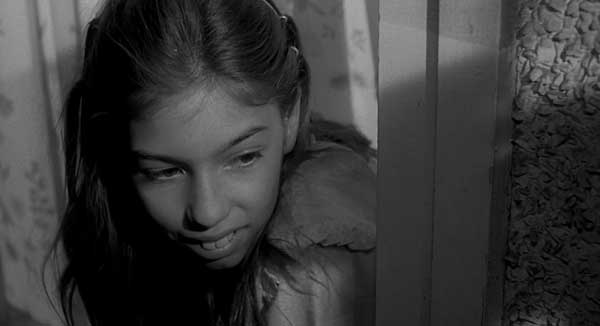 It’s this middle third of the movie, the section with Rourke and this near-death experience, that is almost wholly devoid of Cage. It makes sense in terms of the narrative, but isn’t what we’re here to talk about. We’re here to talk about Cage, who disappears for most of the film’s middle hour. While he makes much more of an impact on this film than he did as “Brad’s Bud” in Fast Times, he may be in less scenes than Brad’s Bud was in.

Before we get to Cage’s impact on the story, though, it’s worth talking about the titular rumble fish. One of the recurring locations within the film is a pet store that the characters first walk by in the film’s early minutes. The pet store sells rumble fish, which will smash their tank until they kill themselves if you shine on a light on them… an apt metaphor for the film, considering how deep the struggle within Rusty James goes. The Rumble Fish are (just about) the only things in the movie that are shot in color, for reasons that are never really explained. Maybe they’re in color solely to stand out more. Whatever the reason, they’re visually striking. Here, check ’em out: 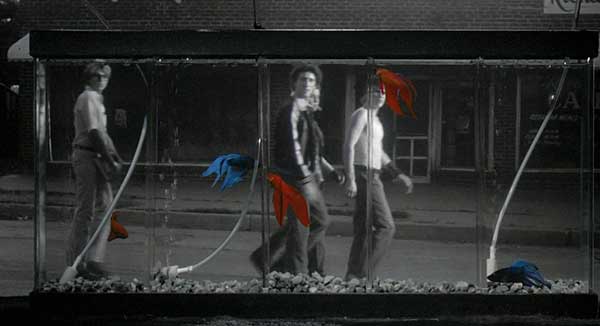 This is the fourth film in a row that finds Cage in high school. Unlike the other entries in #CageClub, though, the characters and the narrative exist outside the high school world. We drop in on them in class from time to time, but they’re all living lifes on a grander scale than school. They’re also operating in a film that transcends time, that makes as much sense being set in the 1950s as it would the 1960s, 1970s, or 1980s. I don’t know when the film is set, which is equal measures frustrating and fitting. Ultimately, it doesn’t matter; these characters’ struggles resonate with people of all ages, in all stages of life. It reminds me a lot of the (far superior) The Last Picture Show, in that it’s a compelling story of loss of innocence and growing up, presented in black and white.

When Cage finally returns to the movie a little past the one-hour mark, we immediately learn how manipulative and powerful his character is, while also learning how gullible and powerless Rusty James is. When the characters broke into that lakehouse earlier in the movie, Rusty James hooks up with girls we’ve never seen before (and never see again) in a very arthouse sex scene. It turns out that Cage set the whole thing up to steal Rusty James’ girlfriend, played by Diane Lane. It’s at this point that we hear the film’s #CageAdvice, which is essentially that Rusty James is too dumb to lead a gang, that Cage is smarter, and that “nobody wants to be killed.” (To hear it in its full context, listen to the podcast episode tomorrow!)

After losing his girl, Rusty James goes to meet up with his brother. The two then return to the pet store, where The Motorcycle Boy releases all the animals and steals the rumble fish to set them free in the wild. Before he’s able to do that, though, he’s shot dead by a cop who’s had just about enough of The Motorcycle Boy’s legend. Rusty James rescues the fish and sets them free. The film ends as he follows his brother’s advice of following the river to the ocean.

But it doesn’t end before we get a shot of Laurence Fishburne’s amazing hair: 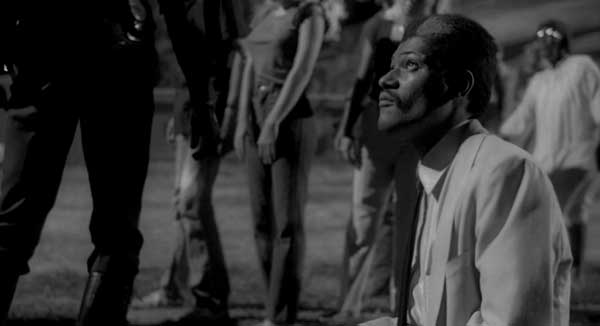 That patch of white in the front is very distinguished, Larry. I love it.

Rumble Fish is not a Cage vehicle, but his character is one of two that propels Rusty James’ life toward the direction he’s headed as the film ends. He’s only in a handful of scenes, but he makes the most of each. His hair is on point, he’s got a great name, and he espouses some A-level #CageAdvice. The film is far more literary than any other we’ve seen so far in #CageClub, and can be looked at on a far deeper level than the other entries. It’s worth checking out to see so many prominent actors in a film “before they were stars!”

How can I watch it? Like the last few, Rumble Fish is only available if you pay for it. You can rent it on Amazon for a few bucks, or pick up the DVD on the cheap.

What’s up next? We journey with Nicolas Cage back to 1942 and World War II in Racing with the Moon, which is available on Netflix!