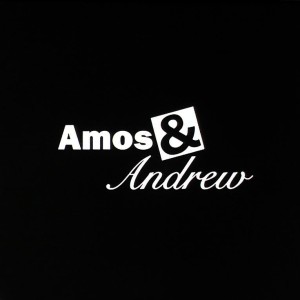 Today on Cage Club we hit a bit of a snag with Amos & Andrew. This is the second of Nic Cage’s Comedies and I think more than anything this movie proves that comedy is subjective. I have never seen this movie before and so I was coming into his one completely cold, well almost. As I went to put in the DVD I wondered if this was really an adaptation of the old Amos & Andy that connotes the old minstrel radio play which is super racist especially in todays social climate let alone the early 90’s. Even Hollywood had to know this wouldn’t make a return profit. Was this made as a tax write off somehow? Well, if we are anything here at Cage Club we are completists and so the show must go on and I must screen this movie with trepidation.

The movie co stars Samuel L. Jackson as Andrew, a famous activist and writer, who just moved into a 1% community that’s secluded on an island off the coast of Massachusetts. The movie also co-stars Nic Cage as Amos, petty crook and maybe sex offender that’s locked up in the local jail. Cage at least has a cool intro where he is doing a hand stand in the jail cell. Not sure why, maybe to pass the time or perhaps to meditate, we never do find out. The night Andrew moves into his new house he is mistaken for a burglar by his white neighbors who call the cops and agree with them so they surround the house immediately. Andrew has no idea whats happening until he tries to turn off his car alarm and the Cops open fire on him. When the police figure out Andrew lives there and they made a mistake they deploy their scapegoat, Amos, to fix the mess. Amos takes Andrew hostage for real instead of for show because the media gets wind of everything and discloses his identity. The two try to put aside their differences and survive the night together while everything else sorta works it’s self out on it’s own. The Cops storm the wrong house and hunt the fugitives but a protest group shows up and inadvertently burn down Andrew’s home. Everyone scatters and the move ends with Cage and Sam Jackson shaking hands and parting ways.

Amos and Andrew tries to be a satire about racism but comes off in poor taste and un funny. Everything that has been on the news lately about racial tensions in America isn’t helping the image of this film either. At least it’s not a direct adaptation of the old radio show and they created a completely new totally racist version for film. Like all movies, I tried to give it the benefit of the doubt, but even aside from it’s bad writing the general film making production isn’t up to previous standards. The acting is fine and everyone is present and trying but the material never get’s off the ground and I never feel engaged with the plot one it’s thin vale of comedy is pulled back to reveal the tasteless jokes beneath. Cage looks great with his gold tooth and “4 Play” tattoo that was clearly drawn on with a marker, but even he can’t save this shop from sinking. It’s kinda a bummer, man, because this is the first Cage Club movie that really disappointed. That is not to say all the movies so far have been great, but this movie reserved a special spot at the bottom of the list.

That does it for this week, I think this is my shortest post so far. Next time on Cage Club we leave the Comedy behind as Nic goest out west looking for works and stumbles into a one horse town where escape is close to impossible. Join us for a Modern Western or a Neo Noir or Both, next time on the Cage Club  with “Red Rock West”.