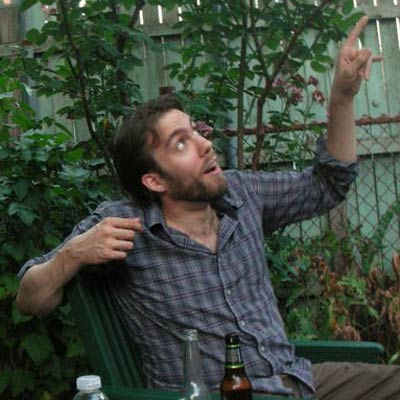 John Brooks teaches religious studies at a prep school in Connecticut. He got his start at podcasting with Joey Lewandowski when the two of them yelled at computers about sports and trivia for an hour a week and then uploaded it to the internet. The technology has come a long way since then. He has a degree in religion and used to work in religion journalism for an evil media corporation that shall remain nameless (but it’s Fox). He has three kids and no free time, so his hobbies include pointing at the sky (seen here), picking out bits of dry Play-Doh from the carpet, and podcasting.

Click here to view all guest appearances by John.